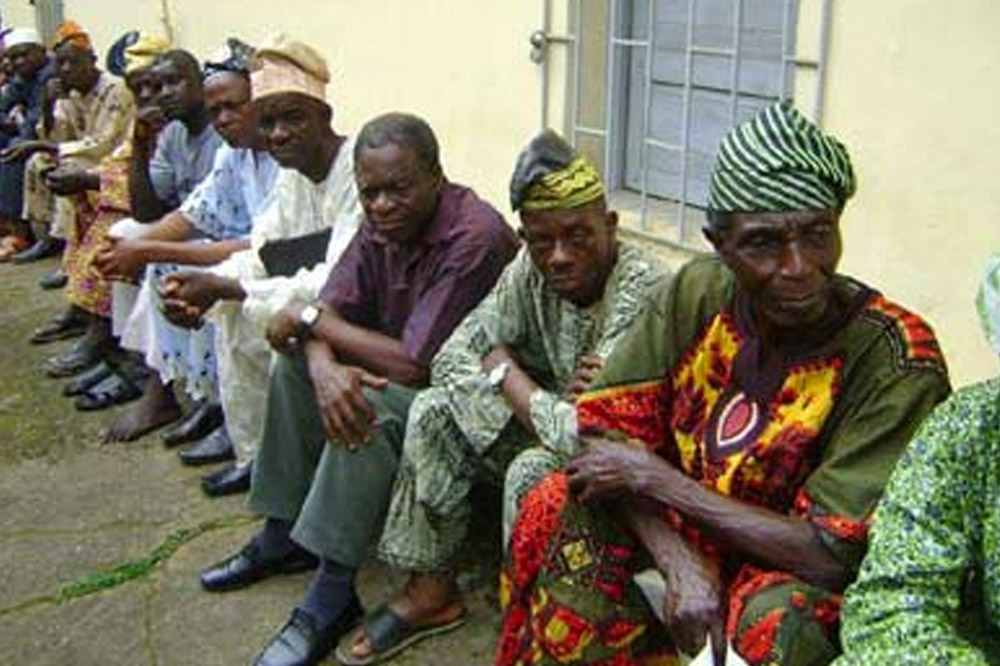 While a probe on the controversial reinstatement of Abdulrasheed Maina, former chairman of the Presidential Task Force on Pension Reforms into the federal civil service lasted at the National Assembly, a key participant, Mr. Abubakar Malami, had regaled the public with tales of a deep-rooted pension sleaze.

In his submissions to the Senate ad-hoc committee which investigated the Maina saga, Malami SAN, Attorney-General of the Federation and Minister of Justice, gave hint, among others, on a chain of pension predators and compromise in the investigation and prosecution processes.

However, what he did not reveal was the modus operandi of pension scam syndicates and an intricate web woven around the henchmen involved in the recruitment of foot soldiers through which the scams were perfected. Two years after, Scudnews investigation has revealed an organized crime involving institutions and veiled executors who enjoy protection till date.

Alhaji Danlami (surname withheld) allegedly headed a syndicate involved in police pension scam. Not much was known about him, but he is said to be swimming in massive wealth and owned eye-popping properties at the highbrow Sun City Estate in Abuja, Victoria Island in Lagos, and Jalingo, capital of Taraba State, where he hails.

Isah Abe, an alleged accomplice of Danlami responsible for the recruitment of volunteers for procurement of forged documents for the diversion of pension entitlements of deceased or retired police officers, blew the lid off the syndicate on April 20, 2011, when he was arrested by operatives of the Special Anti-Robbery Squad (SARS) of the Federal Capital Territory police command. He was arrested alongside two others at the Nyanya, Abuja branch of Fidelity Bank Plc, while attempting to withdraw money in two accounts processed illegally from the Police Pension Office in Jabi, Abuja. Both were joint accounts. While one had the names of Daniel and Ezral Gabriel as account holders, the other had Ibrahim and Iliya Joseph Naada. 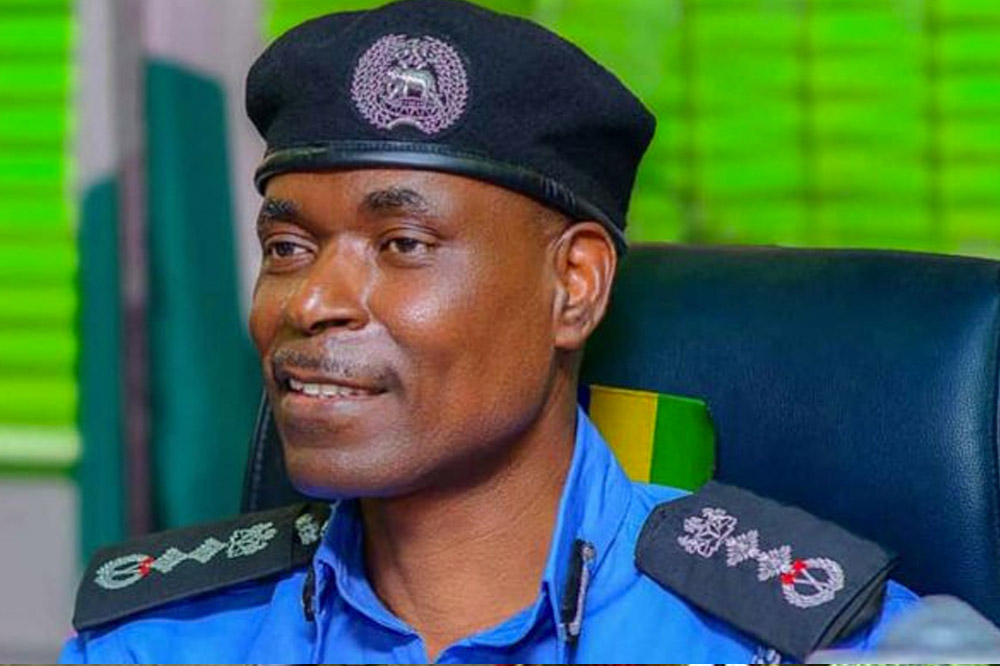 Items allegedly recovered from Abe’s residence at Kuchebena village, Gwarimpa, Abuja, according to a police investigation report dated September 5, 2011 and addressed to the Deputy Commissioner of Police, ‘D’ Department, CID, FCT police command, were various documents of the Police Pension Office located on Plot 517, Sylvester Ugoh Crescent, Jabi, Abuja, which included one E-payment Schedule booklet, containing 148 names of deceased/retired police officers for payment of benefits amounting to N231, 278,523.60 and police wireless messages from various commands. Also recovered were original and photocopies of medical certificates of cause of death of several police officers, letters of identification/introduction of different beneficiaries; letters of declaration of Next of Kin of various beneficiaries, sworn court affidavits, among others.

The police report signed by Ben Igwe, who was a Chief Superintendent of Police (CSP) and Commander, SARS, of the FCT police command at the time the syndicate was unveiled, revealed that upon interrogation, Abe squealed that he worked for Alhaji Danlami, who mandated him to scout for persons to be used as Next of Kin of deceased or retired police officers for the syndicate to open accounts and withdraw money from various banks. Abe further gave graphic details of how the scam was perpetrated with the active connivance of officials of the Police Pension Office, banks and other institutions from where forged Drivers Licenses were procured to facilitate documentation and payment of funds to accounts of fake beneficiaries.

Saddled by Abe, with the responsibility of recruiting impostors as Next of Kin of deceased or retired police officers was Peter Sule, who allegedly collected hundreds of photographs of volunteers, used to open fictitious accounts in banks with documents illegally obtained from the Police Pension Office for the siphoning of pension funds. A list of over 140 Next of Kin impostors was allegedly recovered, just as Raymond Thami was nabbed for allegedly procuring fake Driver’s Licenses for the syndicate, each of which he provided at a cost of N2, 500. The police said 32 Drivers Licenses suspected to be fake, were found on him at the time of his arrest.

However, it was learnt that as operatives of FCT SARS dug deep into the roots of the syndicate, pressure from higher quarters in the police mounted to put a spanner in the works. Attempts by the investigators to recover pension funds fraudulently diverted into two accounts also hit a brick wall. “A court order was sent to Fidelity Bank Nyanya branch, Abuja, to release money processed illegally into two accounts by the syndicate to SARS FCT, Abuja but the bank said it had released the money to Police Pension Office Jabi –Abuja. The case was transferred to Force Headquarters and re-transferred back to SARS. SARS extended investigation to Police Pension Office Jabi, FCT-Abuja”, part of the police investigation report read. It was however silent on the outcome of investigation at the Police Pension Office.

Scudnews investigations further revealed that the scam was perpetrated by just one of the syndicates involved in a closely knitted chain whose key strikers had yet to be reined in. Sources said it was a strategy by top members of the syndicate to check further spilling of soured milk. “We got to a point where we became frustrated in our investigation because of intrigues and pressure from high quarters. Let me tell you, the case we investigated was just one out of three connected to a former Head of Service of the Federation (names withheld); two other cases linked to him were handled by other departments. All the boys were working for a former Head of Service”, said a senior police officer who does not want his name mentioned.

Interestingly, Alhaji Danlami, the man fingered as the operational henchman of the syndicate busted in April, 2011 was still at large, as the police said efforts to arrest him drew blank. “Detectives went after Alhaji Danlami to his house in Sun-City Estate, Abuja where he was not seen. Further search of the said Alhaji Danlami to Jalingo, his home town in Taraba State proved abortive. He was said to have travelled out of the country”, the police investigation report by the FCT SARS further read.

Curiously, several years after, the police authorities had neither declared him wanted nor took further steps to bring him to book, a development described by security sources as a procedural irregularity. But his foot soldiers were said to have been hurriedly arraigned at a magistrate court in Wuse, Abuja, to douse suspicion of close watchers on the undercurrents to subvert the investigative process. Among those charged, were Abe, Peter, Thami, Yusuf Ahmed, Ujah Julius, Fedo Agene and Timothy Marcus.

Checks indicated that the accused were initially arraigned at Magistrate Court 4, Wuse, where the trial allegedly suffered long adjournments due to the transfer of two magistrates who had earlier handled the case at various times. It was eventually transferred to a Chief Magistrate Court for continuation of hearing.

However, besides the absence of the alleged prime suspect, questions are being asked on the whereabouts of a huge sum of money allegedly recovered by the police from private accounts of three volunteers hired for perfection of forged requisite documents by the syndicate. A large chunk of the actual money said to have been recovered, allegedly grew wings from the said bank accounts while investigation into the case was shuffled between SARS of the FCT police command and the Police Force Headquarters.

While several exhibits including passport photographs and bank account opening mandates had already been tendered before the court during trial of the case, according to sources close to the Chief Magistrates Court at Wuse, Abuja, no cash was mentioned as part of the exhibits tendered in the trial for which two witnesses had been reportedly called by the prosecution. But in response to Scudnews enquiries on the whereabouts of the exhibit money, top police officer involved in the prosecution of the case, said it was in custody of a police exhibit keeper. “I have handled a case in which a sum of N800million was recovered and nothing got missing. The exhibit money you are talking about is intact”, the officer who pleaded not to be named, said on telephone.

His response triggered further probe by our correspondent on the propriety of tendering exhibits piecemeal and the witness that tendered the exhibits. This followed Scudnews findings that of the four members of the FCT police SARS team that recovered the cash and other exhibits after it smashed activities of the syndicate and arrested the seven accused persons standing trial, only two were still in service but had since been transferred out of the anti-crime unit.

Shortly after busting the syndicate, Bagudu Kasuwa, an Assistant Superintendent of Police and leader of the team was said to have died in an auto crash along the Abuja-Kaduna highway while on investigation activities in another case. Also with him on the ill-fated trip was his second-in-command, Inspector Emmanuel Akawu, who survived the accident but was incapacitated as a result of severe injuries he sustained. He has been retired from service. The other two members of the team were allegedly kept in the dark of developments on the case and had not been invited to give evidence in court till date.

To be sure, dark clouds over the investigation and prosecution of the case gave credence to the alarm raised by Justice Minister, Abubakar Malami, on perceived institutional compromises in processes involving syndicates on pension related matters.

Frank Mba, a Deputy Commissioner of Police (DCP) and Force Public Relations Officer, could not be reached for comments on the issue at the time of filing this report. But an Assistant Commissioner of Police at the Force Headquarters, who pleaded anonymity since he was not authorized to speak on the development, said it was not out of place for the police to charge suspects in custody to court in the absence of the prime suspect. But he was quick to add that it was necessary for the Investigating Police Officer (IPO) in a case to initiate steps to declare a suspect at large wanted.

“In a case of conspiracy, a joint action, every person is as culpable as the other. It is not as if one person is a big fish, while the other committed a lesser offence. However, if a suspect or the principal suspect is at large, the police have a right to charge those in custody to court for the crime while on the trail of the fleeing suspect. But it is necessary for the IPO to initiate steps to declare the suspect at large wanted. There are procedures for this and it ought to have been done since 2011. It is also important for all exhibits to be properly tendered in court.

However, I assure you that the present IGP is a no no-nonsense man and the case could be reviewed if the facts are presented before him and all the people involved who had yet to be arrested would be reined in”.[/vc_column_text][/vc_column][/vc_row]