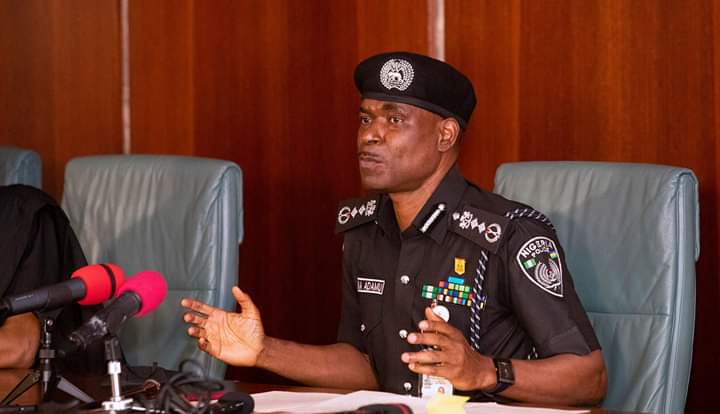 Nigeria’s Inspector General of Police, Mohammed Adamu, on Monday in Abuja, painted a scary picture of increasing cases of rape in the country, disclosing that 717 incidents of were recorded by the police between January and May, this year.

This, he said, was despite the fact that law enforcement agencies had waged serious battle on gender-based violence and rape in the country, resulting in the arrest of 799 suspects, while 631 cases have been conclusively investigated and charged to court. 52 cases were still under investigation, according to the IGP.

“It has come to the public knowledge now that because of the COVID-19 restrictions, we have surge in cases of rape and gender-based violence.
These are cases that are now coming up but we want to let members of the public know that, rape and gender based violence has been there.
The law enforcement agents have been dealing with these cases, in most cases, members of the public are not aware of the actions that the law enforcement agents have been taking”, Adamu lamented.

Adamu urged Nigerians to speak up against cases of rape or any form of molestation, while assuring of prompt action by the police. “I will call on every Nigerian that comes across any victim of sexual offences, rape or gender-based violence to quickly report to law enforcement agents because keeping quiet without reporting it, will give room for the perpetrators to continue to commit the offences.

“It is a very wicked offence, it is wicked of an individual to engage in rape or defilement and there are a lot of reasons for that, some are doing it for ritual purposes and some are doing it because they sit within the family and they see the victims and have the urge to go into it. Such people should not be allowed to go scot free.

From now onward, national partnership with every stakeholder is what we are going into now and not only within the country but within the sub-region.
We have to partner with organizations that are involved in this. We know we have been working seriously with United Nations Office on Drugs and Crime and other civil society organizations”, Adamu said after a meeting with President President Muhammadu Buhari at the State House, Abuja.

SUBEB to Spend N8.6Bn on UBE Projects in Kaduna

How Army General Was Shot Dead On Abuja-Lokoja Highway

Posted by adminpri - July 16, 2021 0
The Nigerian Army has announced the death of its former Provost Marshal, Major General Hassan Ahmed, who was killed by…