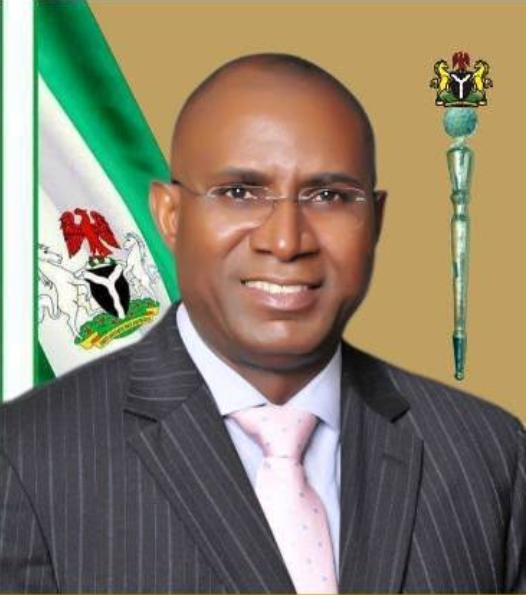 A Federal High Court Abuja has fixed June 25 to deliver judgment on a suit asking for the withdrawal of the Certificate of Return of Deputy President of the Senate, Ovie Omo-Agege.

The suit was filed by the Incorporated Trustees of Empowerment for Unemployed Youths Initiative, an NGO, through its lawyer, Mr Edward Omaga. At the resumed hearing, Omaga adopted all the process he filed and prayed the court to enter judgment in favour of his client.

However, counsel to the deputy senate president, Mr Alex Iziyon (SAN), argued that it was the contention of the plaintiff that Section 68 1(b) of the 1999 Constitution is different from Section 66 because of the use of the words “any other circumstance mentioned in Section 68 1(b)”.

According to him, it is settled in law that any issue bordering on qualification or disqualification must find its bearing in the constitution.

He added that any other circumstance stated could not be interpreted outside the framework of the constitution.

Arguing on behalf of the Clerk of the Senate and the All Progressives Congress (APC), Mr Chikaosolu Ojukwu, prayed the court to dismiss the suit with punitive cost, describing it as vexatious and an abuse of judicial process.

He added that his client had filed a motion on notice challenging the jurisdiction of the court to entertain the matter and that the plaintiff ought to have commenced the matter 14 days after he became aware of the situation. Ojukwu further prayed the court to award a cost of N500 million against the plaintiff should the court give judgment in favour of the defendants.

Counsel to the Independent National Electoral Commission (INEC), Mr Tanimu Inuwa (SAN), also urged the court to dismiss the matter, saying it is statute barred. He contended that Omo-Agege would have been disqualified if the alleged conviction was made within a period of less than 10 years from the date of the election in question. He further said that the alleged convictions were in 1995 and 1998, and the National Assembly election he contested was in 2019, which was more than 10 years.

The group had asked the court to order the withdrawal of Omo-Agege’s certificate on the grounds that he was not qualified to contest the February 2019 elections having been convicted by a court in the United States. It had also prayed the court for an order of perpetual injunction restraining Omo-Agege from occupying the office of senator representing Delta Central Senatorial District and deputy senate president.

The group said their suit was based on the grounds that Omo-Agege was not a competent, fit and proper person to occupy such an office considering the conviction hanging over his neck.

“This is as per the judgment of the hearing of the Department of the State Bar Court sitting in Los Angeles, California, USA, delivered on Nov. 30, 1995,

whereupon Omo-Agege was sentenced to jail and suspended from law practice for two years for felony involving moral turpitude, forgery of cheques amounting to $890 with which he intended to defraud the Bank of America, Ahined Mehone and Elpert Defrietas in violation of California Penal Code Section 470.”

The plaintiff further prayed the court to award N500 million damages against the clerk of the senate for accepting to declare Omo-Agege deputy senate president after his nomination and election on June 11, 2019