Minister of Agriculture and Rural Development, Sabo Nanono on Monday disclosed that the Federal Government has earmarked N600 billion to enhance farmer access to agricultural financing in the country. 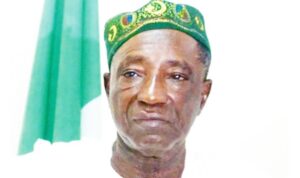 He said about 2.4 million farmers were targeted to benefit from the interest free facility, designed to encourage application of modern technologies in rice and cash crop cultivation.

The minister made the disclosure at the inauguration of the 2020 wet season rice cultivation support programme at Tofai community in Gabasawa Local Government Area of Kano State, adding that the programme is being implemented under the Agro Processing Productivity Enhancement and Livelihood Improvement Support Project (APPEALS).

Nanono said the initiative would support farmers to achieve improved productivity, enhance self sufficiency and food security in the country. “We have commenced farmer registration exercise to capture their information, number of farmlands and locations. Also, the beneficiaries will be monitor to ensure effective utilization of the facility, and mobilize participation in subsequent programmes.”

Nanono, who commended the APPEALS project for supporting rice farmers in the state, noting that the gesture would go a long way to encourage agricultural activities in the country, urged the beneficiaries to make good use of the fertilizer, seeds and inputs given to them to boost their production capacity. “If you make proper use of the inputs, you could employ other people and it will enable you to participate in subsequent programmes.”

Also speaking, the Coordinator, APPEALS Project in the state, Hassan Ibrahim, said the project was being executed in a joint collaboration between the World Bank, Federal Government and the six participating states. He listed the participating states to include Kano; Kaduna, Cross Rivers, Enugu, Lagos and Kogi, noting that about 100 farmers drawn from six rice farmer groups participated in the programme in Gabasawa, Kano.

The coordinator noted that the gesture was to augment the Federal Government’s policy on agriculture, designed to encourage productivity, enhance farmer enterprising skills, food security and value addition as well as promote export.

“The APPEALS Project in Nigeria is to enhance agricultural productivity of small and medium holder farmers, to improve value chains in the six participating states,” he said, adding that 480 tons of rice were expected to be produced by the selected farmers in Kano State.

In his remarks, Alhaji Zubairu Ibrahim, Chairman, All Farmers Association of Nigeria (AFAN) in the state, lauded the Federal Government’s agriculture transformation programmes.

He said the association would adopt proactive measures to assist its members benefit from viable agriculture development programmes and farmer support services initiated by the government.