Residents of Ihite Azia in Ihiala Local Government Area of Anambra State were stunned on Thursday, July 9, when a man killed his four-year-old son identified as Ebubechukwu Alisigwe, with a cutlass and buried the body in a shallow grave in his compound.

The man, whose name was given as Christian Alisigwe, aged 35, has been arrested by the police and detectives at the homicide section of the State Criminal Investigation Department (SCID), Anambra police command, are already investigating the crime to unveil the motive behind the act. 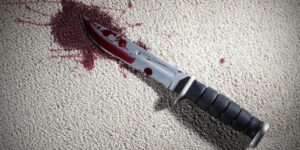 Haruna Mohammed, a Superintendent of Police and spokesperson for the command, confirmed the incident in a statement on Friday. “On July 9, 2020, at about 3.21 pm, police operatives attached to Azia Police Station arrested one Christian Alisigwe ‘m’ aged 35 years of Ihite Azia in Ihiala Local Government Area of Anambra.

The suspect allegedly used a cutlass and killed his own four-year-old biological son named Ebubechukwu Alisigwe of the same address and buried the corpse in a shallow grave in his compound.

Police detectives visited the scene, exhumed the corpse and deposited same at Abam mortuary for autopsy after he was certified dead by a medical doctor. The case has been transferred to the state Criminal Investigation Department, Awka, for discreet investigation after which the suspect would be prosecuted”, Mohammed said.