[vc_row][vc_column][vc_column_text]Prof. Abdulrazak Oniye of the Department of Educational Guidance and Counselling, University of Ilorin, says the impact of Coronavirus pandemic on Nigeria’s educational sector may span five years before any recovery.
Oniye, who said this while speaking with newsmen in Ilorin on Monday, added that this was evident as the raging COVID-19 pandemic was not abating.
The don said that the call by the Nigerian Medical Association (NMA) to keep educational institutions closed was valid and admitted that the opinion of other stakeholders in the sector which favoured the gradual reopening of schools should not be discarded.
Oniye is the Chairman of the Association of Model Islamic Schools (AMIS) in Kwara.
He said if the 2019/2020 academic session should be totally lost to the pandemic, the nation’s educational sector might not recover from it in the next five years.
The don advised that there was need to prevent the total collapse of the nation’s health facilities on account of COVID-19 despite that, they had been overstretched in the past.
He also said that the sector would be facing a grave danger if schools should remain shut further. 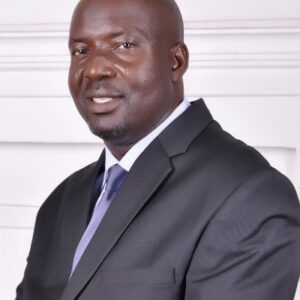 Oniye added that the sector would be lagging behind other members of the West African Examinations Council (WAEC), had the Federal Government not decided to allow students who are due to exit the terminal classes to take their final examinations.
He observed that the infrastructure in the educational sector which is currently inadequate would come under additional pressure with the continued closure of schools and commended the government for its current decision which he said must have been informed by the security reports at its disposal.
The don said he was of the opinion that the decision to allow the students to take their final examinations was also supported by concerned stakeholders because only about 20 percent of students’ population is in the final classes.
He added that the schools would be able to enforce physical distancing among the students during their examinations.
The educationist also said that the examination would provide an “experimental environment” for the reopening of schools in general.
According to him, many parents did not pay the second term school fees of their children because the term had not ended when government had to impose lock-down on the country to combat the spread of COV ID-19.
“We should just take our destinies in our hands and we must not lose our guard”.
The don called on the state government to give grants or interest-free loans to private schools for them to pay the salaries of their suffering staff members.
He said that some of them had not been paid salaries for some months and that, private schools were responsible for catering for most of the primary and secondary educational needs in the state.
He said that the over 200 members of his association were ready to resume teaching in their schools with strict observance of COVID-19 protocols.

He, therefore, appealed to the state government to assist them in disinfecting their schools, adding that they had started providing hand washing and other facilities in their schools.
“The Association has monitoring teams that can work with the state’s Ministry of Education to ensure strict compliance with COVID-19 set protocols”.
The don cautioned school owners against extorting students due to the imperative of the use of face masks during the school hours.
He also urged the Federal Government to resolve all outstanding issues with the university unions so that academic activities would commence in earnest.[/vc_column_text][/vc_column][/vc_row]