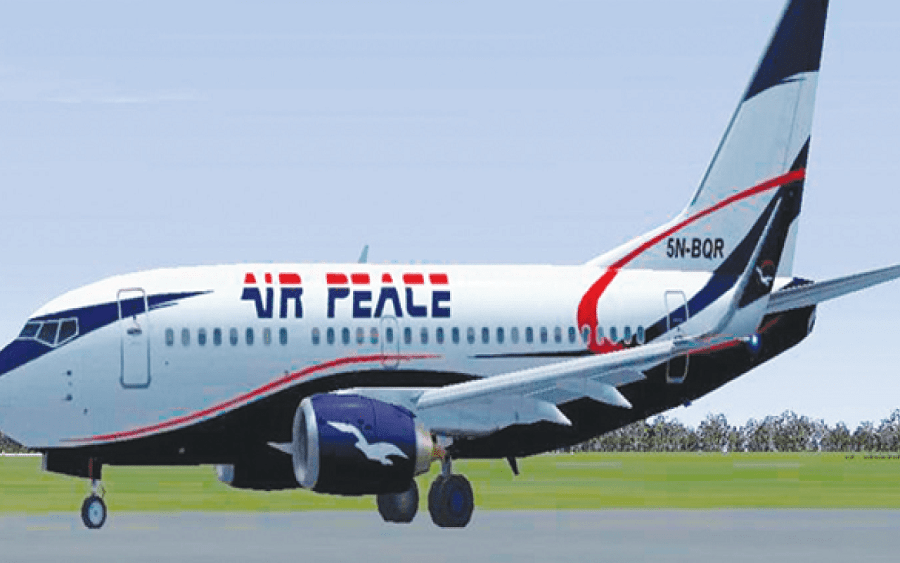 He said the company was thrilled to be the first airliner to operate commercial flights to Makurdi.

The first flight to the state by the airline company took off from Abuja and arrived Makurdi at about 9:45 a.m.

Represented by the Ground Operations Manager, Mr Adeyemi Ayodeji, Onyeama said Makurdi flights would be either from Lagos or Abuja.

“For us at Air Peace, this is a historic feat as no airline currently operates commercial flights from Lagos or Abuja into Makurdi. The decision to extend our wings to Makurdi was borne out of our persisting original vision to interconnect various cities across Nigeria, thereby fostering unity and promoting impactful economic relations. Today, as we commence flights into Makurdi from Lagos and Abuja, we are promising that this new route will be optimally serviced, and Nigerians will benefit exceedingly. We also pledge to work very harmoniously with all the stakeholders domiciled in the state, the aviation regulator, the airport administrator and, of course, the state government to ensure maximum success”.

He said the airline would also provide employment for Benue citizens.

In his remarks, Governor Samuel Ortom said the commencement of flights to Makurdi would boost economic activities in the state, as-well-as create employment for the citizens.

“I believe that this will ease transport challenges to the state and it will further open up the state to Foreign Direct Investment (FDI). This will also boost economic activities here in Benue State and will provide opportunity for greater impact and participation of our people here”.

Speaking to journalists as one of the first passengers, Minister for Special Duties and Inter-governmental Affairs, Senator George Akume, said it was a realization of a long dream.

Akume commended Governor Ortom for initiating the partnership with Air Peace and facilitating its take off.

He admitted that several attempts were made in the past to ensure regular flights into Makurdi but were all futile.

Oyo State to Set up Employment Scheme for Repatriated Indigenes

Posted by adminpri - August 4, 2021 0
“It is the position of our Forum that the execution of inmates cannot be a solution to congestion which is…

COAS Attahiru Gets COVID-19 Jab, Urges Personnel to do Same