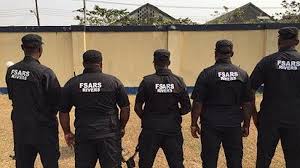 A petitioner before the Enugu State Police Brutality and Extra-Judicial Panel, Miss Uzoamaka Ugwuoke says she has not seen her brother, Nnaemeka Ugwuoke, since he was arrested in 2017 .

Ugwuoke told the panel on Monday in Enugu that her brother was arrested by men of the disbanded Special Anti-Robbery Squad (SARS) on January 12, 2017 and had not been seen since then.

Ugwuoke, a native of Iheaka in Igboeze South Local Government Area of the state, said his brother was taken to the SARS office in Enugu after the arrest.

“We made several attempts for the release of my brother to no avail. The last time we went to SARS office was in 2018. We do not know whether he is still alive”.

Ugwuoke said one Anthony Obi who was handling the matter had threatened to kill her brother if they reported the matter to a lawyer.

“At some point, my life was at risk due to threats from Obi and one Alex who was the SARS commander”.

Responding, the chairman of the panel, Justice Kingsley Udeh Rtd., instructed Ugwuoke to furnish the secretary of the panel with details of the police officers involved so as to invite them.

Meanwhile, the panel witnessed a rowdy session on Monday following a report of alleged assault on a petitioner’s lawyer, Mr George Enekwechi by a police officer, Mr Emmanuel Ehirim.

Ehirim is one of the respondents in an alleged case of kidnap and attempted murder filed by Enekwechi on behalf of his client, Mr Kenenna Obiatuegwu.

Shortly after the panel had adjourned hearing on the matter brought against Ehirim, the petitioner’s counsel who had left with his client ran back to the court hall panting.

Enekwechi told the panel that Ehirim, who happened to be the Investigation Police Office (IPO) when the instant case was with the police, assaulted him outside the court hall.

The lawyer said the assault must not be unconnected to the fact that he was the counsel to the petitioner.

He said his client had been receiving threats to his life from strange phone numbers since the matter was brought to the panel.

“I was just passing and Ehirim attacked me on the pretext that I touched him. I did not touch him. If as a lawyer, I cannot feel free for fear of being attacked, I do not know how safe my client will be”.

Enekwechi appealed to the panel to call the police officer to order and for him to desist from threatening them.

However, Ehirim, who was summoned by the panel, denied assaulting the lawyer.

“I was with my lawyer outside and he (Enekwechi) passed. I asked him why he pushed me while passing. He touched me and I said why?”.

Responding, the Chairman of the panel, appealed to police officers and lawyers to allow the panel to do its job.

The chairman said the panel would not tolerate any form of intimidation by anybody no matter how highly placed.

He said the panel would discharge its duties in line with the facts before it.

Buhari Reacts to Zamfara Abduction of Schoolgirls, Says “We’ll Not Succumb to Blackmail”

Posted by adminpri - August 16, 2021 0
Sunday Smith, on Monday appeared in a Grade Court in Karu, Abuja for allegedly stealing N102, 500 from his employer…