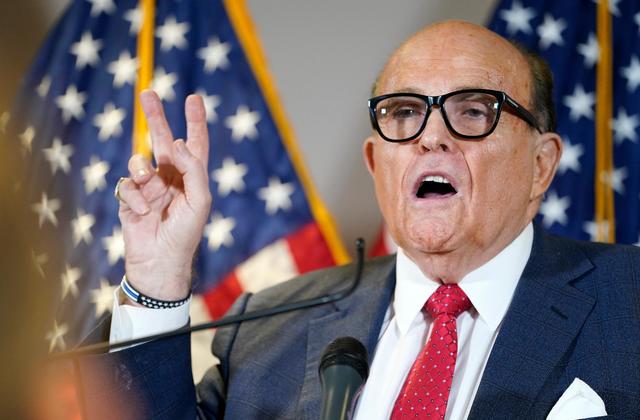 “@RudyGiuliani, by far the greatest mayor in the history of NYC, and who has been working tirelessly exposing the most corrupt election (by far!) in the history of the USA, has tested positive for the China Virus. Get better soon Rudy, we will carry on!!!,” Trump announced in a tweet on Sunday.

He did not say when Giuliani, 76, tested positive or if he was experiencing symptoms.

The former mayor heads the president’s legal team seeking to overturn Trump’s loss to Joe Biden in the November 3 election, through lawsuits in battleground states.

He has joined the list of no fewer than 40 people in the president’s inner circle who have contracted the virus since September.

Trump himself tested positive in October along with his wife, Melania, her son, Barron, and later the president’s eldest son, Donald Trump Jr.

The U.S. is currently experiencing a second wave of the COVID-19 pandemic and has recorded no fewer than 14.6 million cases and 280,979 deaths.

Experts are blaming the worsening situation on Thanksgiving travel and gatherings, whose full impact is yet to be ascertained.

Giuliani has appeared at several gatherings across the country in recent weeks without masks.