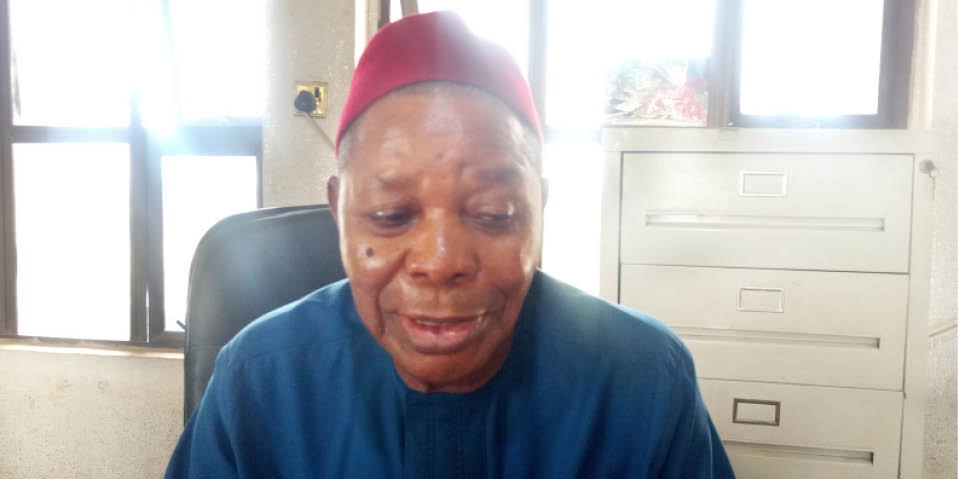 The House of Representatives Ad hoc Committee on Public Account has summoned Chief Hyacinth Ikpor, Chairman of Ebonyi State Universal Basic Education Board (EBSUBEB) to appear before it in Abuja for alleged insubordination.

The committee issued the summons on Tuesday in Abakaliki during its oversight visit to Tertiary Education Trust Fund (TETFUND) intervention projects in Ebonyi.

Ikpor was mandated to appear before the committee within one week to explain why he absconded from receiving its members, even when he was duly informed about its visit for oversight function to the board.

The Committee expressed dismay that the chairman did not only abscond, but failed to make necessary documents available to the committee to enable it carry out its constitutional functions, that brought it to the state UBEB office.

The lawmakers directed the Universal Basic Education Commission (UBEC), Abuja to suspend further release of funds to the board until funds previously released were properly accounted for.

She said: “I move a motion that the chairman of Ebonyi UBEB should appear before the committee to give us the state of affairs and accountability of how federal government appropriations through UBEC to the board have been implemented. He has seven days from today to appear before this South-East House adhoc committee in Abuja; I, so move”.

“It is unfair that most of the staff appointed by the governor are not doing what is right. They have to build on what the governor has done to deliver services to the masses and there is a letter to the chairman of UBEB from the committee on Public Account. We are here to see whether the money that was released is really channelled to the purpose for which it was released. A lot is ongoing and the Federal Government (FG), has done marvellously well under President Muhammadu Buhari and that is why we have a reputable national assembly members in the committee. We met and spoke with the chairman this morning, but he abandoned us in the office. We are unable to see anything and that is why the house moved a motion inviting him to submit all the documents because they cannot subvert the good gesture of Mr President and the governor”.

He, however, commended Governor Dave Umahi, for paying the counterpart funds for all the UBEC projects meant for the state, but regretted the attitude of some of his appointees in handling projects.

At the Akanu Ibiam Federal Polytechnic, Unwana, Afikpo, the committee also moved a motion directing the Tertiary Education Trust Fund (TETFUND), to stop release of intervention funds to the institution.

The directive followed the inability of the Rector, Professor Ogbonnaya Ibenwo to receive the committee at the polytechnic to carry out its oversight duty.

Similarly, the committee frowned at the failure of the management of Alex Ekwueme Federal University Ndufu – Alike, Ikwo (A-E FUNAI), to provide necessary documents to the committee, on the ground that they were not communicated about the visit.

The committee however, insisted the school was duly communicated about the visit and directed the management to provide all the necessary documents concerning TETFUND projects in the institution.

The committee gave authorities of the university to submit the documents in Abuja within four weeks after which, they would reschedule their visit to the institution.

The Committee also faulted some TETFund projects executed in the Ebonyi State University (EBSU), describing them as shoddy, while some of the projects, according to them, fell short of the actual specifications.

At the Ebonyi State College of Education, Ikwo, the Committee applauded the management of the institution for religiously executing all the TETFUND projects in the college.

Meanwhile, Ogah who was visibly happy at the level of implementation of the TETFUND projects in the college, pledged to install Solar panel to supply electricity to the institution.