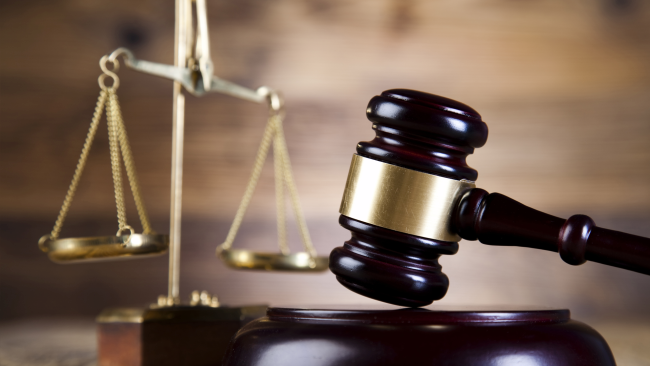 A taxi driver, Kazeem Hamzat, told a Mapo Customary Court in Ibadan on Thursday to dissolve his 21-year-old marriage to his estranged wife, Mujidat on ground of adultery.

Hamzat told the court’s president, Chief Ademola Odunade, and two other arbitrators, Alhaji Suleiman Apanpa and Alhaji Rafiu Raji that his life was no longer safe living under the same roof with Mujidat.

Narrating his experience, the father of five who resides at Odo Oba area of Ibadan, said he had caught Mujidat several times in compromising positions with a bachelor living next door and with many other male co-tenants.

“On a memorable day, I returned from work only to be confronted by Mujidat that we needed to rent a vacant room next to us to add to the one we were using. I challenged her on the flimsy reason she gave me, but still agreed with her since I never knew her mind. Some days later, I woke up at midnight to the moaning and pleasurable screaming of a woman around our house and decided to trace the room from where the sound was coming. I checked our newly-rented room where my wife usually slept, but she was not there. I noticed that the moaning was coming from the bedroom of a bachelor living next to our room and I knocked at the door over and over for hours without any response. Our other neighbours who also joined in the knocking later appealed to me to leave the matter to God. This same issue repeated itself about five days later after which Mujidat openly mocked me that I would only kill myself if I continued to monitor her movement. I never believed such story like this before because I thought they were mere beer parlour talk until I became a victim. I also observed that our landlord and a priestess living near us had all along aided Mujidat’s promiscuity by always backing her.

In her counter argument, Mujidat who earns her livelihood as a cleaner denied the allegation levelled against her and said the bachelor Hamzat was referring to, was actually impotent.

Upon her submission, the court sought to know how Mujidat was able to confirm that the bachelor was impotent only for her to say: “the man’s mother said that her son is impotent and cannot sleep with any woman. I have never slept with any other man before apart from my husband. Hamzat is a wicked man who doesn’t trust me. He has planted “magun” (a local voodoo that works against adulterous people) on me on many occasions before”.

Delivering judgment, Chief Odunade held that the court was duty-bound to dissolve any union that might bring about bloodshed.

The court dissolved the marriage and granted custody of the three most senior children to Hamzat and the other two to Mujidat.

It also ordered Hamzat to pay N6,000 to Mujidat monthly as the two children’s upkeep and must be responsible for their education.

Herbalist In Court For Allegedly Obtaining N10.7M Under False Pretences

Posted by adminpri - June 21, 2021 0
A herbalist, Owojori Awobode, who allegedly conspired with other collaborators to obtain N10.7 million from a businessman under false pretenses,…

Posted by adminpri - July 27, 2021 0
Ciroma said the law school had begun a special remedial course for students from the National Open University of Nigeria…