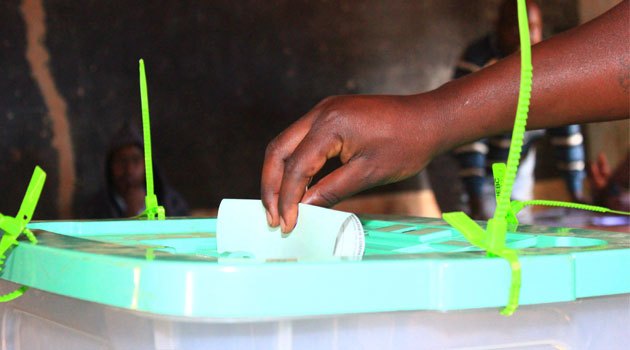 The Abia Local Government Chairmanship and Councillorship elections began on a shaky note on Friday, due to the late distribution of electoral materials to the polling units across the 17 Local Government Areas.

A correspondents, who monitored the exercise in Umuahia North and Obingwa Local Government Areas (LGAs), also report that as at 10.40 am, officials of the Abia State Independent Electoral Commission (ABSIEC) had yet to arrive at the polling units visited.

The election was supposed to start by 8 am with accreditation of voters and voting taking place simultaneously.

Some voters, who turned up early for the exercise, expressed disappointment over the delay in the commencement of the poll.

Some other units that faced this challenge include; Units 7, 8 and 9 in Umuda Isingwu Primary School in Isingwu Ward, Emede Mkpuru Polling Unit 9 and Atta Emede Unit 2 in Ibeku East Ward 2.

Others were Units in Afugiri, Nkwoegwu, Umuahia Urban 1 and Urban 2 Wards.
At the polling units in Orie-Ugba, School Road and Abia Hotels, voters were seen in groups bemoaning the lack of ABSIEC officials and electoral materials.
A voter, Mr Lawrence Nwabia, who is the Chairman of Emede Mkpuru Community, said they were waiting for the materials to arrive.

Nwabia said: “The election is supposed to start by 8am but its already past 10 am and we have yet to see the electoral officers. Everywhere is quiet. The hall for the voting is empty because we are waiting for materials but we are expectant”.

Another voter at Umuda Isingwu, Mrs Elisabeth Godwin, said, “We have called the election officials and they told us they were coming. We are still waiting for them”.

A voter at Nkata Alike 1, Nkwoegwu Central School, Unit 008, Mr Ikechi Eze, in Nkwoegwu ward, expressed disgust that materials had yet to be brought to the unit as at 10.05 am.

“People are not even interested in this election, yet they are discouraging a few of us that want to exercise our franchise. Now is past 10 am but voting has yet to commence. People are coming and going back home disappointed. It is a pity”.
At Obingwa LGA, materials and election officials were still expected at the various polling units visited as at 10.45 am.

At Polling Units 001, 002 and 003 at Umobiakwa Ward 7, which is Governor Okezie Ikpeazu’s ward, prospective voters were seen waiting for materials and ABSIEC officials.

Some ABSIEC officials, who spoke on the condition of anonymity, blamed the development on “poor logistics”, saying that vehicles were not available to convey them to their different polling units.[/vc_column_text][/vc_column][/vc_row]