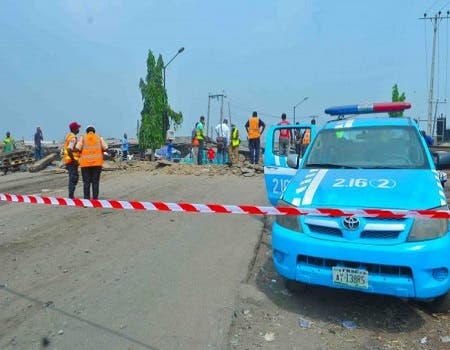 He said the lone accident, which occurred at about 12:40p.m., at Gadafu Junction, about 25 kilometres from Bida town, involved a trailer with registration number DTN 421 XA.

“Twenty-one people were involved in the mishap; three were killed and 18 sustained injuries; they were taken to Umaru Sanda Hospital and the Federal Medical Centre, Bida, for treatment. The corpses were deposited at the hospital mortuary”.

The sector commander, who blamed the accident on fatigue and loss of control, said the trailer was conveying rams from Kano to Lagos.

He advised motorists to exercise caution and adhere strictly to speed limits to avoid crashes.

The road safety boss said the corps would continue to monitor road users to guard against dangerous driving.[/vc_column_text][/vc_column][/vc_row]