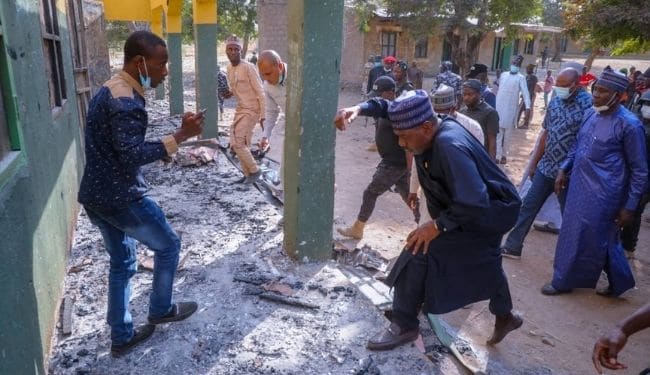 Governor Babagana Zulum of Borno on Sunday flew from Abuja to Maiduguri and, on arrival, took a military chopper to visit the four communities raided on Saturday night in Hawul Local Government Area, by insurgents.

A statement by the governor’s Special Adviser on Communications and Strategy, Mallam Isa Gusau, which announced this, also explained that the Governor had on Thursday left Maiduguri for Katsina en route to Abuja for a series of scheduled activities, but had to cut short the trip following the attack.

“About four communities, comprising Tashan Alade, Shafa, Azare, Sabon-Kasuwa and Debro, were affected by Saturday’s attack with schools, shops and places of worship destroyed by the insurgents. Three persons were killed in Shafa, among them two hunters and a civilian. Thousands of bags of farm produce, recently harvested by farmers, were looted by the insurgents who also emptied shops and market stalls. Governor Zulum was in Yimirshika, Azare, Sabon-Kasuwa and Shafa”.

After assessing the level of destruction wrecked on the communities, Zulum ordered the immediate reconstruction of structures, including a police station and market stalls. 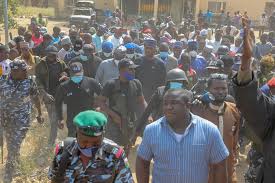 The Governor was accompanied on the visit to Hawul by the Deputy Governor, Umar Usman Kadafur; the Senator representing Borno South, Senator Ali Ndume; the Commissioner for Reconstruction, Rehabilitation and Resettlement, Engineer Mustapha Gubio; and that of Agriculture, Engineer Bukar Talba.

DCP Abba Kyari Fingered In $1.1M Hushpupp1 Wire Scam, Says I Only Linked Him To My Tailor

Posted by adminpri - June 16, 2021 0
Abdulrasheed Bawa, the chairman of the Economic and Financial Crimes Commission (EFCC), has described the real estate sector as one…