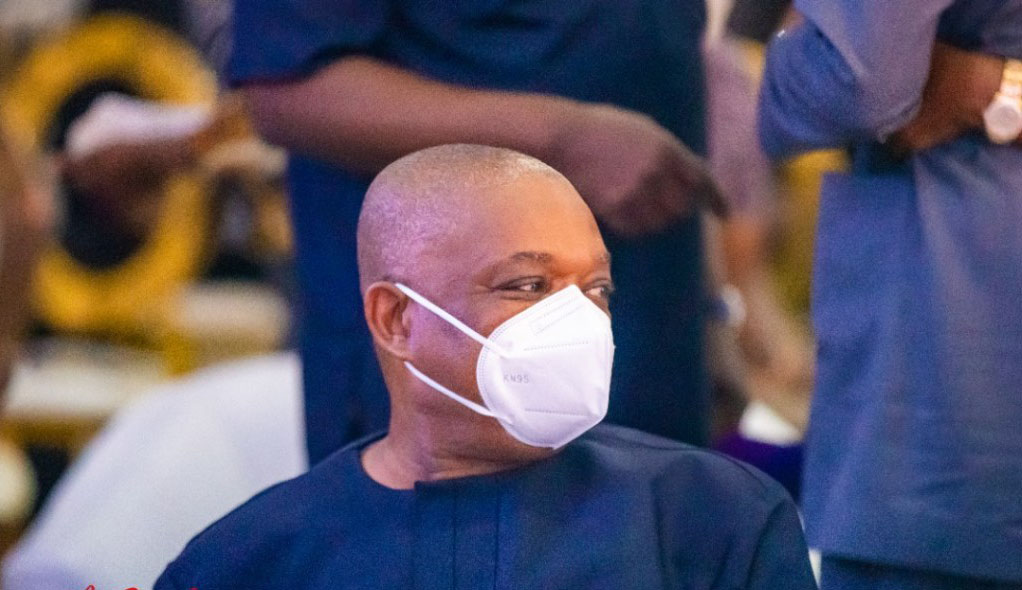 Senate President Ahmed Lawan has called on Nigerians to put tribal, religious and political affiliations aside and unite to make the nation great.

Lawan made the call on Sunday during a thanksgiving service and 10th anniversary celebration in honour of the late Chief Johnson Kalu, the father of the Chief Whip of the Senate, Senator Orji Kalu, at Igbere in Bende Local Government Area of Abia.

He said the country had great potential to be great, if Nigerians would unite, irrespective of their tribal, political and religious backgrounds.

He said: “Nigeria is designed by the grace of God to be a nation of many people of different orientation but common purpose and destiny”.

He congratulated Abia for producing three of the 20 principal officers of the National Assembly (NASS), saying the state was being described as “the home of the whips”.

He listed Kalu, Senator Enyinnaya Abaribe (Senate Minority Leader), and Representative Nkeiruka Onyejeocha (Deputy Chief Whip of the House of Representatives) all from Abia, as principal officers of NASS.

“This shows that the state is at the heart of Nigeria” he said, and urged Abia and Southeast politicians to pursue a common agenda to be in the nation’s mainstream politics. You should attempt to be the leaders of Nigeria and not to stay away from the part of the real centre of action in Nigeria.

“So let us continue to unite in Abia and Southeast not only in making the whips of the NASS but making Nigeria ours. Time is of the essence, Nigeria needs all of us to be united and all hands to be on deck to make the nation work and we can make it work” the senate president said.

He thanked the traditional rulers of Igbere for conferring on him the chieftaincy title of “Nwanne di na mba 1 of Igbere”, which literally means that “brotherhood knows no boundaries”.

According to him, the title reinforces his nativity of Igbere because wherever I go, I will proudly say that I am from Igbere.

He said his relationship with Kalu dated back to their undergraduate days in the University of Maiduguri in the early 1980s, where they lived as roommates and that both of them had remained committed to the relationship to date, saying “this is what Nigeria needs. No matter where you come from or your religion, we should all strive to unite as one Nigeria”.

In a speech, Kalu expressed gratitude to his guests, which included some members of NASS, Governor Dave Umahi of Ebonyi and Governor Ifeanyi Ugwuanyi of Enugu.

He thanked them for always identifying with his family, as according to him, they stood with him during his trial times.

Adding, that his family members decided to mark the anniversary of their father’s death, because “it was his will that we should not hold burial ceremony for him when he is dead”.

Kalu, who represents Abia North Senatorial District, expressed joy that their father begot children who were accomplished in different endeavours as he described his father, who died in 2010, as highly disciplined, God-fearing and an advocate of peace and justice.

The Minister of State for Steel Development, Chief Samson Ogah, who represented President Muhammadu Buhari at the event, conveyed the president’s solidarity to Kalu’s family.

Buhari commended the lawmaker and his siblings for “remebering their late father” saying: “This is the essence of having responsible children as you all”.

Senator Theodore Orji, who succeeded Kalu as Abia governor and later got embroiled in deep political enmity with him, as well as Kalu’s estranged Deputy Governor, Abaribe, were among the dignitaries at the event, which held at Kalu’s Camp Neya’s country home.

In their separate goodwill messages, they paid glowing tributes to the deceased and commended his children for honouring him.

The spokesman of the House of Representatives, Representative Ben Kalu, described the Kalu’s family as a huge blessing to the Igbere community, Bende and Abia North and Nigeria at large.

He said Kalu and his siblings had deployed their wealth to positively touch the lives of the people of the area and humanity in general.

In a sermon at the thanksgiving service, the Prelate and Moderator of Presbyterian Church of Nigeria, His eminence, Nzie Eke, advised Nigerians to strive to seek the face of God, irrespective of their position in society.

The cleric, who spoke on the topic: “The power of reframing your story”, described the story of Joseph in the bible as a “perfect example of those who reframed their stories in life” and therefore, urged Nigerians to look up to God, adding that “no man can change God’s destiny for him”.

Posted by adminpri - July 25, 2021 0
The Muslims Students’ Society of Nigeria says incessant attack by bandits on schools in the North has triggered a mass…

Posted by adminpri - June 10, 2021 0
Governor David Umahi of Ebonyi has handed over the multi-million-naira sports hostel constructed by the government to the state’s Ministry…

Trailer Crush 3 to Death in Ogun