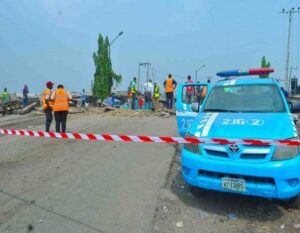 It was a sad end of year for the families of 23 persons who perished yesterday in an auto crash along the Bokani –Makera road in Mashegu Local Government Area of Niger State.

The accident reportedly occurred On Monday when the truck skidded off the road and crashed into a bush while negotiating a sharp bend.

Victims of the accident, including the dead and those injured were evacuated to the General Hospital, Mokwa, according to the state police command.

Posted by adminpri - July 5, 2021 0
The leadership of Ijaw nation has solicited the support of the British government to break away from Nigeria.