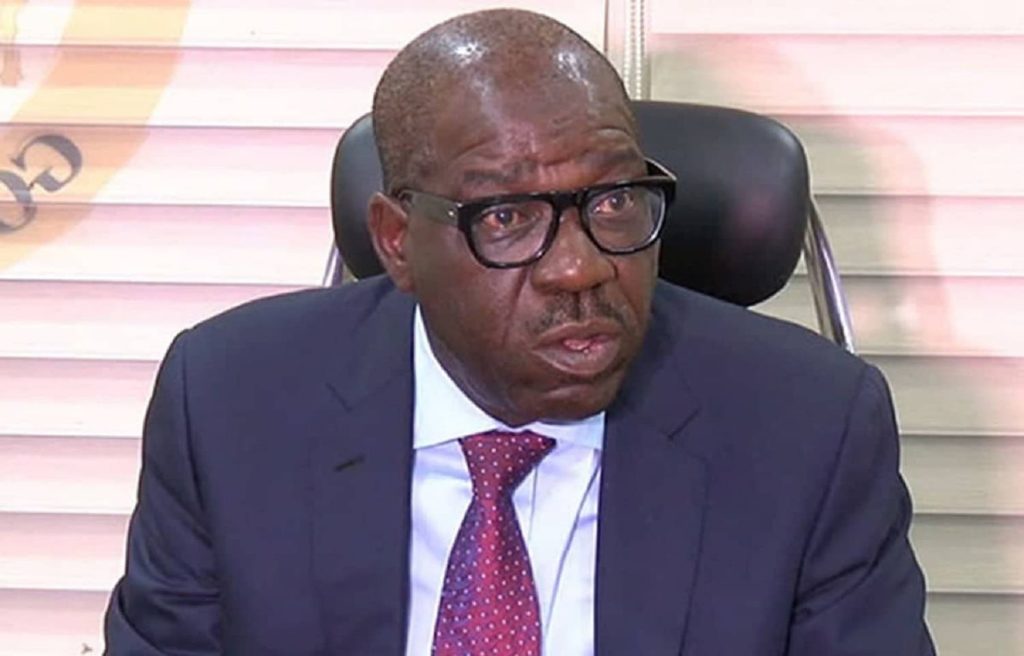 Hearing in the ongoing alleged certificate forgery suit against Governor Godwin Obaseki of Edo was stalled at the Federal High Court Abuja on Thursday, due to the ill health of the trial judge, Justice Ahmed Mohammed.

The All Progressives Congress (APC) and one of its chieftains, Mr Williams Edobor had dragged Obaseki, the People’s Democratic Party (PDP) and the Independent National Electoral Commission (INEC) to court seeking the disqualification of Obaseki in the September 19 governorship election.

They wanted Obaseki disqualified over alleged forgery of his degree certificate and perjury.

They specifically accused Obaseki of forging the Bachelor of Arts in Classical Studies Degree he submitted to INEC to aid his qualification for the governorship election in Edo.

Justice Mohammed had on Wednesday, adjourned hearing in the suit until December 31 for cross examination of the fourth plaintiffs’ witness, Mr Raphael Onwuzuligbo, a retired Police officer.

However, hearing which was fixed for 12 noon did not commence until about 2 PM and the judge apologised and explained that this was because he had a severe attack of malaria.

The judge added that as a result, he would not be able to go on with the complete proceedings of the day.

Mr Akin Olujimi, (SAN) counsel to the APC, responding on behalf of other counsel empathized with the judge, stressing that the judge’s health was of great importance to all.

Olujimi did not also oppose the suggestion by Mr Ken Mozia, (SAN), Mr Razak Isenalumhe and Mr Sulaiman Dambaba, counsel to Obaseki, the PDP and INEC that the matter be adjourned untill January 4, 2021.

Meanwhile, Mozia, while speaking with newsmen shortly after the proceeding was adjourned, showed the original Bachelor of Arts Degree Certificate of the University of Ibadan, awarded to Obaseki in 1979.

Mozia said his client has nothing to hide, adding that the degree certificate issued to him by the authorities of the University of Ibadan was intact.

The counsel hinted that the certificate would formally be tendered before the court on the next adjourned date to put to rest all the controversies raised by the plaintiffs in respect of the certificate.

Posted by adminpri - July 29, 2021 0
Ibrahim El-Zakzaky, leader of the proscribed Islamic Movement in Nigeria (IMN) and his wife, Zeenat, have been released from a…

Student in Court for Allegedly Abducting His Girlfriend