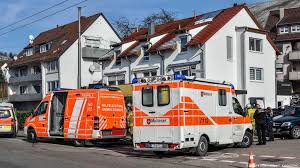 Details, including the exact number of victims, are expected to be announced once an investigation in the town Posusje is completed.

According to the Klix.ba news site, the death toll is nine. All sources attribute the deaths to a faulty power generator.

It appears that the group gathered in a holiday house to celebrate New Year’s Eve.

Many people in the region are thought to have organised similar events in order to party under the coronavirus lockdown.

Carbon monoxide poisoning is not uncommon in the winter months in the Balkans and in Central and Eastern Europe.

The toxic gas can build up while burning wood, using gas heaters or running generators in confined spaces. (dpa)[/vc_column_text][/vc_column][/vc_row]