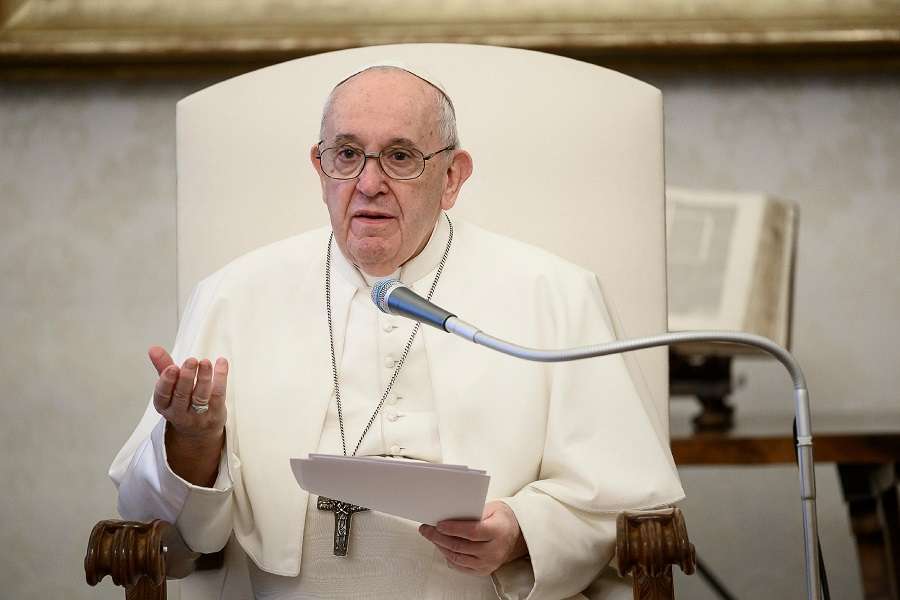 Pope Francis has hailed fellow Argentine Diego Maradona as a “poet” on the pitch, but also acknowledged his frailty away from the sport.

In a wide-ranging interview with Italian sports daily La Gazzetta dello Sport published on Saturday, Francis recalled his own days playing soccer as a child with a ball made of rags and laid bare his scorn for doping cheats.

Francis is a big soccer fan and met Maradona, who died in November, several times after becoming pope in 2013.

“On the field he was a poet, a great champion who gave joy to millions of people, in Argentina as in Naples. He was also a very fragile man”.

Maradona played for Napoli from 1984 to 1991 winning two Serie A titles and the UEFA Cup.

In 1986, he captained the Argentine team to victory in the World Cup.

Despite his love for the game, Francis said he was living in Germany at the time and was not able to see the final played in Mexico against West Germany.

He only discovered the result the next day when a student wrote “Viva Argentina” on the blackboard during a language class.

“I personally remember it as a victory of loneliness because I had no one to share the joy of that sporting victory with”.

Francis said he himself had no talent for the sport and was forced by his companions to play in goal.

“But being a goalkeeper was a great school of life for me. The goalkeeper must be ready to respond to dangers that can come from all sides”.

Being poor, he recalled how he and his friends could not afford a proper ball so, had to improvise: “All we needed was a ball made of rags to have fun and perform”.

While extolling the virtues of sports, Francis took aim at athletes who took performance enhancing drugs.

“Doping in sport is not only cheating, it is a shortcut that destroys dignity. Better a clean defeat than a dirty victory. I wish this for the whole world, not just the world of sport”. (Reuters)[/vc_column_text][/vc_column][/vc_row]