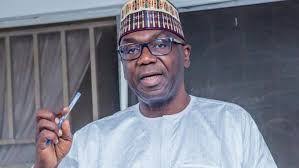 Governor AbdulRahman AbdulRazaq of Kwara has called for calm and restraint against activities that can trigger new tension in Ilesha-Baruba, Baruten Local Government Area of the state.

AbdulRazaq made the call in reaction to the clash between soldiers at a military checkpoint on the border route and commercial drivers plying the area.

It is reported that five civilians were feared dead and others injured in the clash, caused by disagreement over alleged extortion of money by the soldiers from the drivers, that left residents of the community devastated.

The governor in a statement through his Chief Press Secretary, Rafiu Ajakaye on Saturday, said he had been in constant touch with all stakeholders in the community, including traditional institutions and security forces since the unfortunate incident.

While commiserating with families of those who died in the military-civilian fracas, he described the loss of lives as ‘unfortunate’ and ‘definitely avoidable’.

“The governor sincerely commiserates with the Emir of Ilesha Baruba, Prof. Halidu Abubakar and families of those who lost their lives in the unfortunate incident. The incident is sad and definitely avoidable,” AbdulRazaq said in the statement.

He said a government delegation would pay a condolence visit to the affected community while investigation would be conducted to establish all the facts and forestall repeat of the sad and unfortunate incident.[/vc_column_text][/vc_column][/vc_row]