Across Africa Magazine welcome to our website
Home News 3 Killed, 4 Injured as Container Falls on Commercial Bus in Ibadan 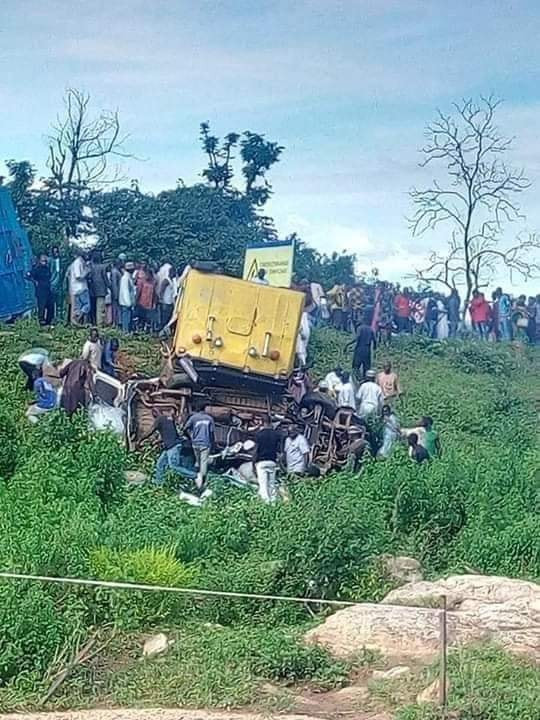 No fewer than three persons lost their lives, while four others sustained injuries on Tuesday, as a container fell on an 18-seater bus at Celica area on Ibadan-Ife expressway, Ibadan.

Chukwurah said seven people were involved in the accident, while those, who lost their lives – two males and a female, were trapped when the container fell and pushed the bus inside a ditch.

She attributed the accident to break failure and loss of control by the driver of the vehicle carrying the container.

The sector commander said the corpses of the deceased had been deposited at the morgue of the State Hospital, Adeoyo, while two of the injured were taken to a private hospital in Ibadan.

She added that the only female among the injured was taken to the University College Hospital (UCH), Ibadan for medical attention, owing to her critical condition.

The sector commander also said the container had been removed from the road to ensure free flow of traffic.[/vc_column_text][/vc_column][/vc_row]