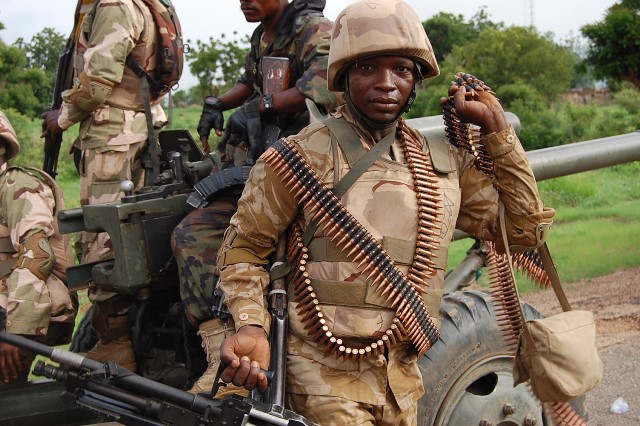 The Senate Committee on Army has lauded the medical treatment on wounded soldiers at the 44 Nigerian Army Reference Hospital, Kaduna.

The soldiers were wounded by insurgents during the fight against terrorists.

Senator Abdu Kwari, a member of the committee, who visited the hospital, said the committee was encouraged by the care given to the wounded soldiers.

“From what I have seen, I have seen something that is akin to a first class treatment and care for these wounded soldiers. First, we want to appreciate our fallen heroes and those of them that have fought in the field and are still alive. I am here on behalf of the Senate Committee on Army to visit these facilities that have long history; it is the reference hospital of other reference hospitals around the country. It is in peculiar position as one housing the highest number of wounded personnel from our various battle fields. We thought we should be here to see and appreciate the management of the facility and the gallant men and women among them that have been brought here for care. The surroundings are kept very neat and also the people being cared for are well catered for and we have seen various facilities and spoken to some of them and they are appreciative of how they are adequately being cared for”.

Kwari implored the hospital to continue its best for the wounded soldiers.

“Some of them who are as young as 20 years have got their limbs completely gone, some have their legs broken and shattered. What is important here is to note that bullets wounds are not the same as other wounds being treated in our conventional hospitals. The processes taken in this facility is good and we hope at the end of it, those being cared for in this facility will come out better” the senator said.

Kwari further appreciated the rehabilitation efforts in the facility, which was meant for the men to go back to full life after treatment.

According to him, the senate will review existing laws on workers to ensure that those whose productive lives are truncated as result of their involvement in wars get full compensation in line with global best practices.

“I will try to see how we can urge our colleagues to come on board and see how we can adequately compensate our young men and women who fight battles on our behalf”.

Kwari also said the funding for the military would be sustained, including funds for more reference hospitals.

“Developing references hospitals such as this will cost money and if the provisions are there, we will welcome it. We will continue to give our support and appeal to our colleagues for the budget to be reviewed upward from time to time. There is going to be a review of the budget sometimes in the year, that is the essence of seeing these facilities and then we make our case”.

Earlier, the acting Chief Medical Director of the hospital, Colonel Augustine Omogbethai, explained that the Chief of Army Staff had approved more equipment worth millions of naira for effective service delivery in the facility.

He noted that 52 wounded personnel who sustained lifelong injuries were currently taking computer trainings to engage them in meaningful ventures.

Adding that, the hospital was doing everything necessary in terms of surgery, medication and fortified meals for the wounded personnel with a view of boosting their morale.

He also pointed out that 51 nurses were recently recruited so that the soldiers would be adequately taken care of.

The senator was taken round the facility where he interacted with some of the wounded soldiers.[/vc_column_text][/vc_column][/vc_row]