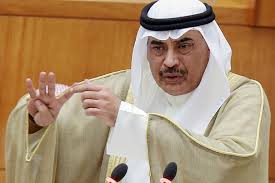 Kuwait’s Prime Minister Sheikh Sabah Khaled Al-Hamad Al-Sabah has submitted his resignation and that of his government.

According to the Kuwait News Agency (KUNA), the prime minister submitted the resignation letter to Emir Sheikh Nawaf Al-Ahmad Al-Jaber Al-Sabah on Wednesday.

Sheikh Hamad Jaber Al-Ali tendered resignation of all the cabinet members “in light of current developments regarding the relation between the National Assembly and the government, and what the national interest may warrant,” KUNA said. (Xinhua)[/vc_column_text][/vc_column][/vc_row]