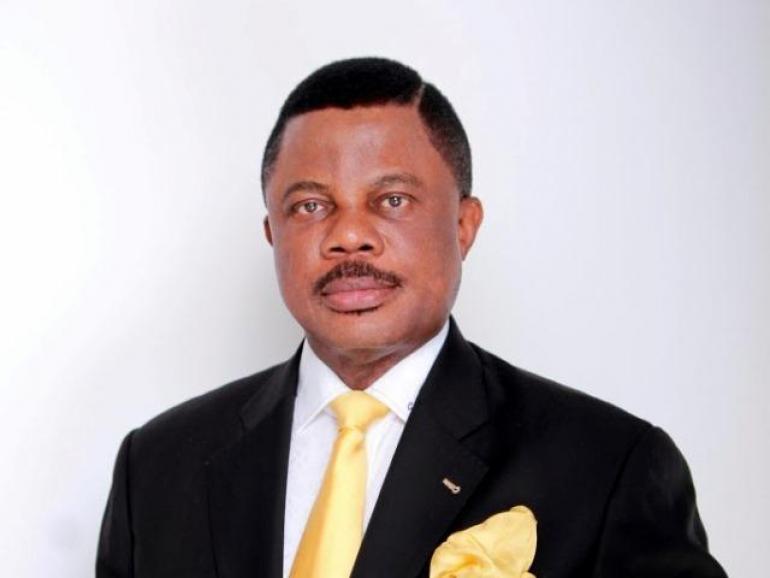 The Onitsha Community in Anambra has commenced the training of no fewer than 100 men and women as members of the Neighborhood Security Watch.

The training which began on Thursday at the Ime Obi (Palace) was sponsored by the Chairman of Onitsha North Local Government (LGA).

Declaring the event open, Mba explained that the training was aimed at enabling the participants to acquire basic skills needed to combat crime within their neighborhood.

He said it would create an active security network in the various communities of the metropolitan city.

“It is also aimed at providing job opportunities to the youth. Engaging them on crime control will reduce their participation in crimes and other irregularities within the neighborhood”.

The chairman said the neighborhood security was also aimed at complimenting the efforts of the state government which had made security its priority.

Also speaking, President-General of Onitsha Improvement Union (OIU), Mr Chike Ekweogwu, described the training as a welcome development to Onitsha, other residents of the city and environs.

Ekweogwu admonished the participants to be of good behaviour and see their duty as contribution to the development of Onitsha.

“You are not trained to become terrors in the community but to guard and protect life and property within your neighborhoods”.

The Special Assistant to Governor Willie Obiano on Youths, Mr Eloka Egbunike, pledged the support of the state government.

Egbunike urged them to be committed to the training as they were lucky to be selected from among the youth that applied.

Mr Charles Osegbue, a retired Assistant Commissioner of Police (ACP) and Coordinator of the Anambra Vigilance Group (AVG), said the participants were all mentally and physically prepared for the training.

Osegbue said the intensive training would last for three weeks.

Posted by adminpri - June 29, 2021 0
Independent National Electoral Commission (INEC) in Kaduna State on Tuesday disclosed it had created additional 2,910 polling units as it…

Experts Back FG On Electricity Subsidy Removal To Attract Investments

Posted by adminpri - July 5, 2021 0
Some financial analysts have urged the Federal Government to remove electricity subsidy to attract more investments into the sector. They…