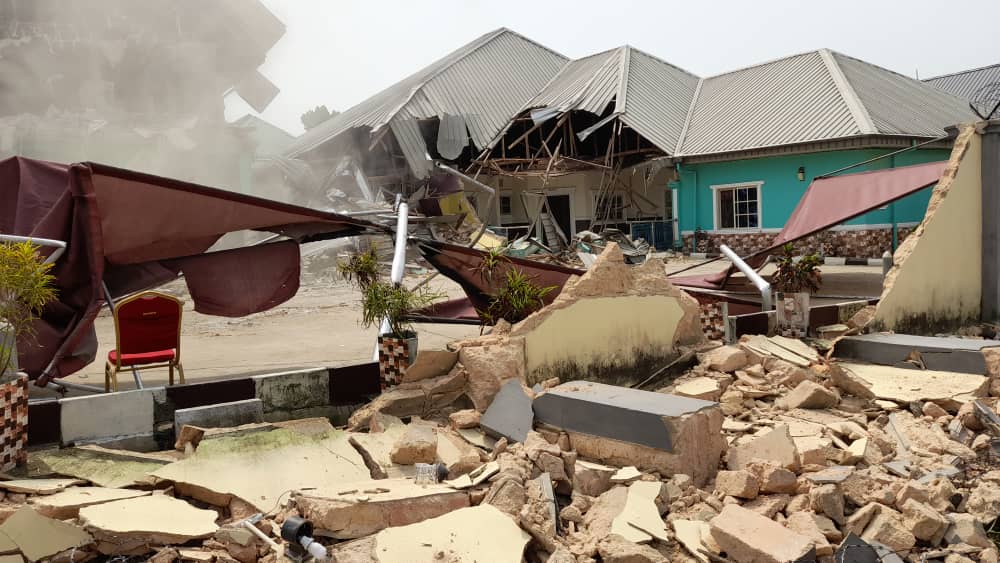 The Cross River Government security outfit, “Operation Akpakwu”, has demolished the “Save side hotel” at 8miles area in Calabar for harbouring suspected kidnappers that have been terrorising the state.

Speaking after the exercise, Mr Henry Okokon, the Security Adviser, South, to Governor Ben Ayade of Cross River, on Saturday said most recorded kidnap cases in Calabar were planned and coordinated from the hotel.

According to Okokon, the Homeland Security bill which was signed into law by Ayade clearly states that “anybody who aid, abeit and harbour a criminal is also guilty of the crime”.

He explained that residents of the area were equally living in fear because of the harassment from the suspected kidnappers who took over the hotel for illegal activities.

“The demolition exercise is an ongoing process, it is part of the activities of Operation Akpakwu that was set up to fight criminality in the state, especially kidnapping. The governor had warned landlords who are harbouring criminals to desist from doing so. Therefore anybody found to be harbouring, abeitting or aiding crime, must definitely be held responsible. This hotel is one of the buildings that have been harbouring criminals and the government has decided to bring it down. Ths is a warning signal to all, and I think everybody should be aware of this. The general public should be aware that security is everyone’s business. I want to state that all legal procedures were taken before this building was demolished. The police have equally done their investigation, that is why we have the Army, Navy and Air Force personnel here on ground,” he said.

He advised landlords and hotel owners to do a thorough background check of their tenants and guest before giving accommodation out to them.[/vc_column_text][/vc_column][/vc_row]