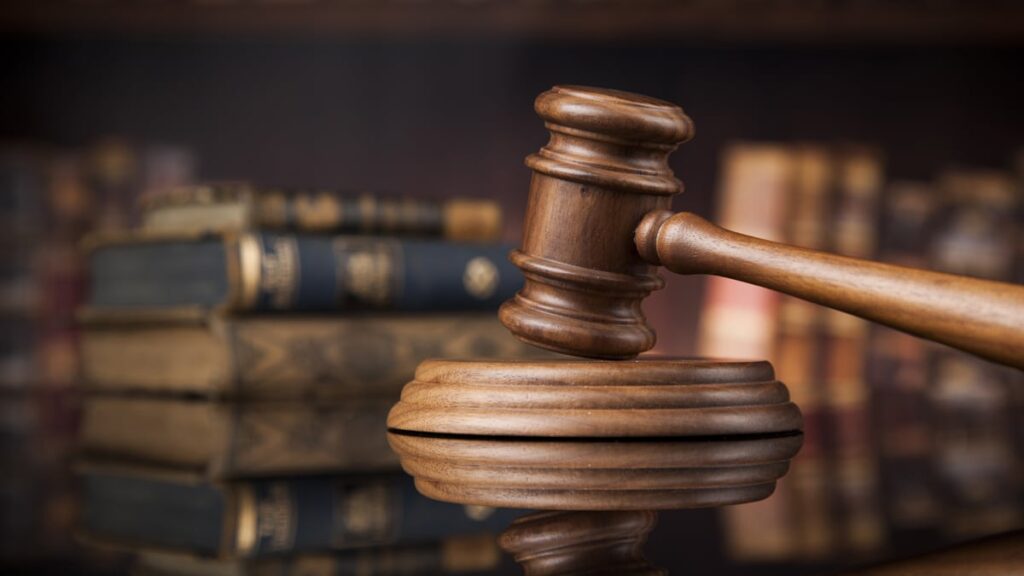 The police charged Issa, whose address was not given, with unlawful distribution of NIN forms to applicants without authority from the National Identity Management Commission.

He pleaded not guilty to the charge.

The Police Prosecutor, ASP Benson Emuerhi, alleged the defendant conducted himself in a manner likely to cause a breach of peace.

Benson told the court that the defendant committed the offence on January 4 at 9 a. m in Ijaiye Ojokoro Local Government, Ojokoro, Lagos.

Chief Magistrate J. A. Adegun admitted the defendant to bail in the sum of N50, 000 with one surety in like sum.

Adegun ordered that the surety must be gainfully employed and have evidence of two years’ tax payment to the Lagos State Government.

The magistrate adjourned the case until February 8 for mention.

Posted by adminpri - June 21, 2021 0
The Federal High Court, Abuja, on Monday, fixed July 13 for hearing in a suit filed by Slok Nigeria Limited,…

Court Sentences 2 Students to 18 Months Imprisonment Each for Extortion

One Dead as Traders Clash in Shasa Market in Ibadan

Posted by adminpri - August 3, 2021 0
Adekoya, a Specialist made the disclosure while giving evidence as the sixth defendant’s witness in the ongoing trial of the…