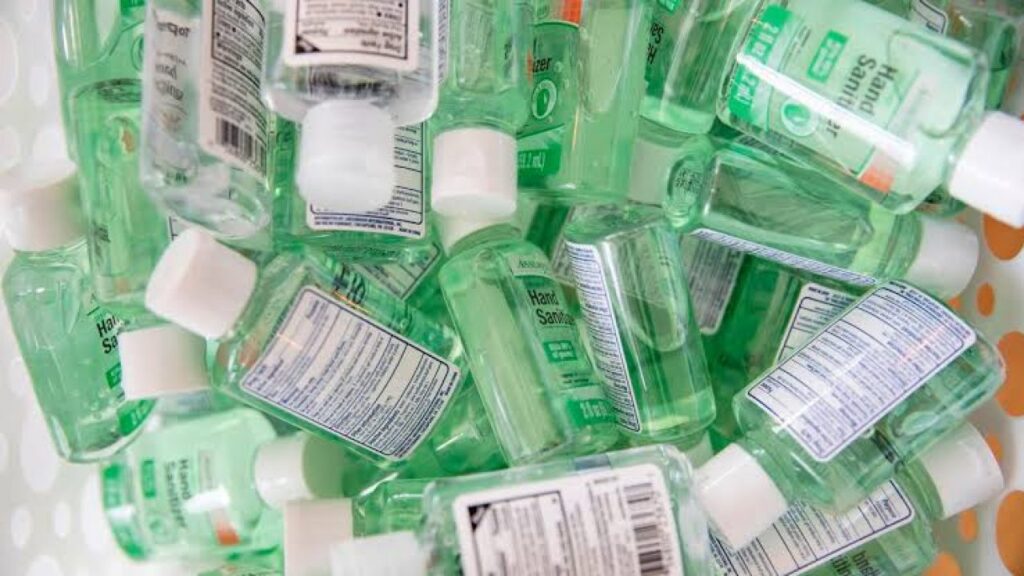 The National Agency for Food and Drug Administration and Control (NAFDAC) in Yobe, has confiscated over 250 bottles of unregistered hand sanitiser from various shops across the state.

Mr Lawan Dadingelma, NAFDAC Co-ordinator in the state, in Damaturu on Monday, said the items were confiscated in 2020.

Dadingelma said the bottles of sanitiser would soon be destroyed by the agency.

He noted that the brands were substandard products which would not give members of the public required protection against COVID-19 and other diseases.

He gave the assurance that the agency would continue to carry out surveillance in shops and markets to rid the state of unwholesome products.

The co-ordinator warned farmers and traders against ripening fruits with calcium carbide, saying the act was among the major causes of kidney and liver diseases.

“Some unscrupulous elements among fruits sellers apply calcium carbide on their produce to achieve a faster ripening effect on the produce. In view of the danger this practice poses on the consumers, three people were arrested in 2020 and their produce were confiscated and buried in Damaturu and Potiskum,” he said.

Dadingelma said the 80 percent discount on registration of new Micro, Small and Medium Enterprises (MSMEs) introduced by NAFDAC in May 2020, had assisted many people in owning companies.

He said some unregistered companies that collapsed about 20 years ago were revived as a result of the discount which was aimed at minimising the devastating effect of COVID-19 pandemic on MSMEs.

The co-ordinator commended Yobe Government for its support and cooperation, saying it played a vital role in the successes recorded by the agency within the year under review.

Panic as BRT Bus Bursts in Flames in Lagos