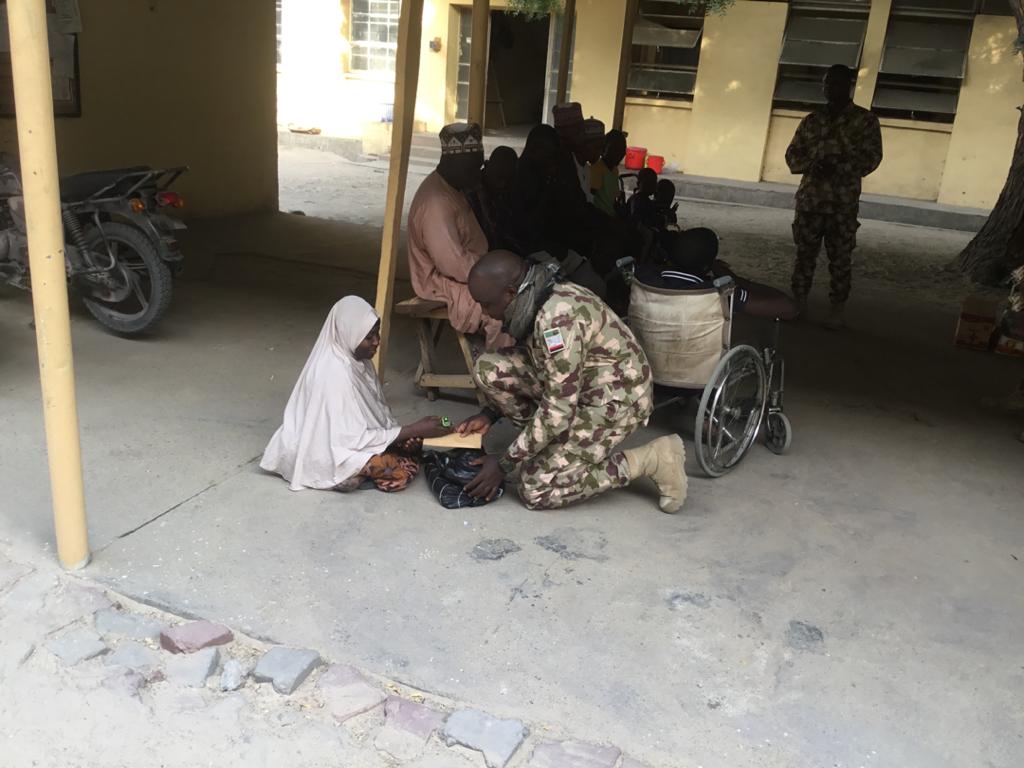 Presenting the items to the beneficiaries, Khalifa, who was represented by Lieutenant-Colonel Andrew Wuyep, Commander of 195 Battalion of the Army, disclosed that the gesture was in continuation of its efforts toward supporting the vulnerable groups.

He said the event, which witnessed the distribution of foods, drinks, noodles, clothes and undisclosed amount of money, was meant to improve the living standard of the beneficiaries.

He said: “It is our monthly tradition to invite persons with disabilities within the communities and support them with relief materials. We also provided cash support to them and engaged them to pray for victory for the unity of the country, our leaders as well as our troops that are executing the counter insurgency campaign in the frontline. It is therefore important to note in all these that it was not enough to leave issues of security to the military, police and other sister agencies alone; civilians also have a role to play to ensure their security and safety and sustenance of peace. The relationship between the military and the civilian population has greatly improved as gone are the days that civilians are apprehensive and resent their support to the Nigerian Army. This is no doubt the result of a conscious effort to bring the community close. The community has also shown that it can be trusted to play a positive role to enforce law and order and build a safe and secure society,” he said.

The GOC reiterated the determination of the Nigerian military to restoring lasting peace and normalcy in the entire North-East and urge the people to support the campaign to end terrorism.

In his remarks, Abubakar Bulama, one of the beneficiaries, commended the GOC for identifying with the PWD.

Bulama appealed to the government to revive its skill acquisition and vocational training centers in the state to enable them engage in empowerment activities that would open doors of opportunity for them.

He listed some of the skills they could be empowered on to include cap knitting, shoe making, tie and dye, beads makings as well as insecticide production.

He urged well meaning Nigerians and the humanitarian agencies to complement the efforts of the army and government towards supporting PWD in the state.