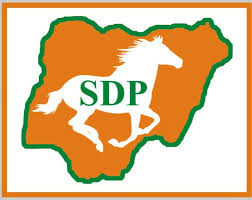 Social Democratic Party (SDP), has advised states governments to pass the Anti-Grazing Bill into Law in order to eliminate the incessant farmers/herders conflicts across the country.

Mr Alfa Mohammed, the National Publicity Secretary of SDP, gave the advice in a statement on Tuesday in Abuja.

The party was reacting to the challenges of security, especially at the state level.

Mohammed also advised the state governors to establish Ministries of Internal Security and Conflict Resolution to tackle and monitor the activities of aliens in states.

He said it had become paramount for the governors to uphold their constitutional mandate of protecting the lives and properties of its people.

“Its high time they start taking bold steps toward securing the lives of their citizens who are being kidnapped, raped, maimed or killed on daily basis by marauding Fulani herdsmen who are mostly foreigners. The governors must remind themselves that the 1999 Constitution makes security and welfare of the people the primary purpose of their governments and confers upon them Chief security officers of their various states. This makes them accountable for security lapses suffered by their subjects in their various states,” he said.

He said the mandate given the governors on upholding safety and sanity in the states by the constitution made room for proper empowerment to combat insecurities through an annual security vote.

He said it would, therefore, amount to weakness and dereliction of duty for the state governors to rely solely on the Federal Government to secure its citizens and their properties.

“The Governors’ Forum should set up an investigative panel to investigate among other things those responsible for the unrestrained influx of foreign bandits and herdsmen into Nigeria in the last six years. Identify their agents and the beneficiaries of the coming and settlement of the foreign bandits and herdsmen in Nigerian forests reserves. Identify groups and individuals conspiring and shielding the bandits from arrests and prosecution and stop further release of arrested bandits,” he said.

Mohammed recommended the participation of local security agents in securing local communities from intimidation or harassment as well as invasion.

He urged the governors to ensure the prosecution of anyone found culpable after proper investigations.

According to him, leaders of non-native ethnic nationalities should be brought under the control of the local authorities of where they settled.

“So that any ethnic leader who is found to be aiding criminality among his people can be replaced and prosecuted.”

He lauded state governments who have taken bold steps to set up their local security outfits and passing the Anti-Open Grazing Bill.

The Bill prohibits open rearing and grazing of livestock and calls for the establishment of ranches and livestock administration, regulation, and control.

Some states including Oyo and Benue have passed the Bill into law.[/vc_column_text][/vc_column][/vc_row]