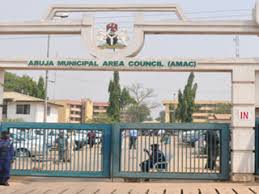 Usiosefe told the presiding Magistrate, Mrs Elizabeth Wonni of Court 18, Wuse Magistrates’ Court, Abuja, that Edegbe was his uncle who trained him and his siblings in school after the death of his parents.

“I am from Edo and Lugard Edegbe is my maternal uncle,” he said.

Edegbe (1st defendant) and Aisha Shettima (2nd defendant) are being charged with criminal conspiracy, trespass and forgery by the police.

A businessman, Muhammad Bature, had, on February 5, 2020, while giving his evidence as the star witness, accused Edegbe, of appropriating his land located at Sabon Lugbe area of Abuja.

Bature said he bought the land from Abdullahi Aliu in 2009 at the rate of N5 million.

However, Edegbe, a 59-year-old man, was said to have resold the plot measuring 2.7 hectares belonging to Bature to Shettima, a public servant.

In his evidence-in-chief led by the police prosecutor, Peter Amadi, the witness said Edegbe gave him the land documents as a gift in 2006 when he was in university to raise money to pay for his school fees and for upkeep.

Usiosefe, who studied Biochemistry at the Federal University of Technology, Minna, told the court that he decided to sell the plot to Abdullahi Aliu, whom he had known when he was managing his uncle’s pharmacy at the rate of N600, 000.

He added that: “The original documents of the land which I gave to Abdullahi included but not limited to offer letter. The said original offer letter of the land was given to me by my uncle, Surveyor Lugard Edegbe who was a Zonal Manager, Lands in the Ministry of Federal Capital Territory, AMAC Zonal Planning Office. My uncle instructed me to sell the land and use the money to take care of my education,” he said.

When the prosecutor asked him what cross copy of a document meant, he said: “To my knowledge, the cross copy means the original allottee has been changed to another name.”

The judge admitted the two documents tendered by Amadi as Exhibits A1 and A2.

During a cross examination by Nicholas Elechi, counsel to Edegbe, the witness denied making any statement before the court that he had once broke into his uncle’s room to steal the land documents.

“I did not make two statements before the court. I made only one statement,” he said.

Usiosefe, who said he stopped living with his uncle in 2010, said he was aware that Sabon Lugbe Layout was done by his uncle as AMAC manager then and that every authentic land in the area carried his signature.

The witness, in a cross examination by Suleiman Yakubu, who was Shettima’s lawyer, said he did not know his client before.

The judge adjourned the matter until February 26 for trial continuation.[/vc_column_text][/vc_column][/vc_row]