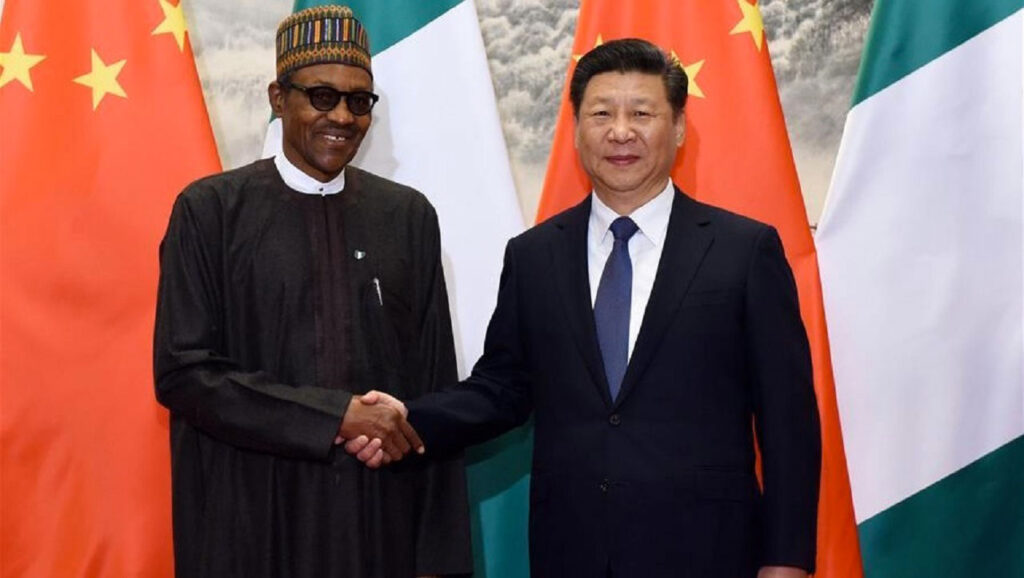 Dr Efem Ubi, Director of Research, Nigerian Institute of International Affairs, says the allegation by critics that Nigeria is gradually ceding her sovereignty to China on account of excessive borrowing is untrue.

Ubi made this assertion on Friday in Abuja during a presentation at a round table organised by the Institute for Peace and Conflict Resolution.
He stressed that such critics were ignorant of the issues.

The round table is tagged, “Nigeria-China Relations: Reflections on Equal Friendship, Equal Partners and Prosperity in Solidarity.”

Ubi said arguments about whether Nigeria can repay the rising Chinese debts and speculations regarding the loan terms were mere Western propaganda to undermine the unprecedented excellent relations between Africa and China.

“Uninformed debates stem from skeptics based on lack of information, misinformation and disinformation about the loans. This has often been described as Western countries’ propaganda to undermine the unprecedented relation between Africa and China. The result is that members of the public have had to depend on other sources for their information, more or less from the ‘roadside,’ where entrenched misinformation is common,’’ he said.

Ubi said rising public debt was not peculiar to Nigeria, noting that, “it is a global problem with about 40 percent of low-income developing countries either in debt distress or at high risk of default.

“That notwithstanding, it is important to note here that periodic sovereign debt crises not only decrease welfare for countries and their populations; they threaten regional and, at times, global political and financial stability.”

Justifying the Chinese loans, the foreign policy expert said that Nigeria’s borrowing from China had been informed by strategic infrastructural needs.

“The lack of finances, which has remained a core undermining factor for Nigeria’s inability to build and upgrade its infrastructure and constituted a major constraint to overall Nigeria’s socio-economic development, is a triggering reason why Nigeria is borrowing. President, Muhammadu Buhari buttressed this while meeting with the Presidential Economic Advisory Council on Sept. 15, 2020, when he said “we are borrowing to finance infrastructure and for the interest of the country”.

“China is not the only country Nigeria is borrowing from. Nigeria is also borrowing from other countries and multilateral agencies as the report from DMO has shown. However, the reason Nigeria is endeared more to China is the fact that it is the only one willing to invest where others have refused to, especially as regarding infrastructural development,” he stressed.

According to him, with respect to Nigeria, China was the only country giving out loans with a low-interest rate of 2.8 percent.

He added that no other country in the world would give out a loan without a pay-back guarantee.

Ubi also concurred with the government’s decision to borrow to finance critical infrastructures such as roads, railways, waterways, power, agriculture and education.

This, he said, would have multiplier effects in terms of job creation, business opportunities, and help to unleash the potentials of the Nigerian economy, if properly managed.

Clarifying the Clause 8 regarding Nigeria’s sovereignty over the loans, Ubi said, “in every agreement, there are such terms, but that doesn’t mean that you are signing away the sovereignty of the country.”

“It is thus baffling that at this time and age, some people will go all out to probe a sensitive issue of ‘sovereignty’ in Nigeria-China’s loan agreement without first of all investigating it and seeking the advice of experts. Enough of the criticism levied at government based on the unfounded allegation of stripping Nigeria’s sovereignty, we should instead focus on the limit of sustainability of our public debts,” he added.

Posted by adminpri - June 2, 2021 0
75 companies are bidding for 12 federal roads to be concessions under the first phase of the Highway Development Management Initiative (HDMI). Abimbola…

We are on a Pathway to a Peaceful, Secure and More Democratic Nigeria -Buhari