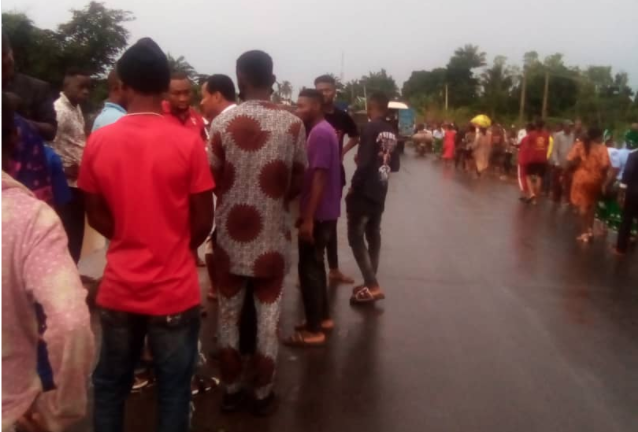 The Kwara Command of the Federal Road Safety Corps has confirmed the death of 20 persons, in a crash along the Bode Saadu- Ilorin road, in the early hours of Saturday.

According to information made available by the command, in Ilorin, on Saturday, Jonathan Owoade, the Kwara Sector Commander, is quoted as saying that the cause of the crash was associated with over speeding and wrongful overtaking.

“The multiple Road traffic crash occurred at about 3am today, at a location called Oloko area, which involved 3 vehicles: a blue commercial MAK Truck GGE614XM, a white commercial Mitsubishi canter Truck BRK534YX and a white Toyota Hummer bus KEY479YE. Of the 31 persons involved in the crash, 17 of the 18 occupants of the bus were burnt beyond recognition as a result of fire that gutted the bus. Three other persons died, from the other vehicles involved, making it a total of 20 persons dead. 11 other persons were rescued with various degrees of injuries, ranging from bruises, burns to fractures, and were taken to Aduagba Clinic and Maternity, Olokonla, while the deceased were also deposited at the clinic”, the sector commander said

Owoade cautioned motorists to be careful and patient while on the wheels, saying that life had no duplicate once it was lost.

He reiterated the commitment of the Corps to continue to do all in its power, to safeguard lives and properties on the roads.

Posted by adminpri - July 7, 2021 0
Catania Airport in Sicily was forced to close on Wednesday, after Mount Etna erupted covering the runway with volcanic ash,…