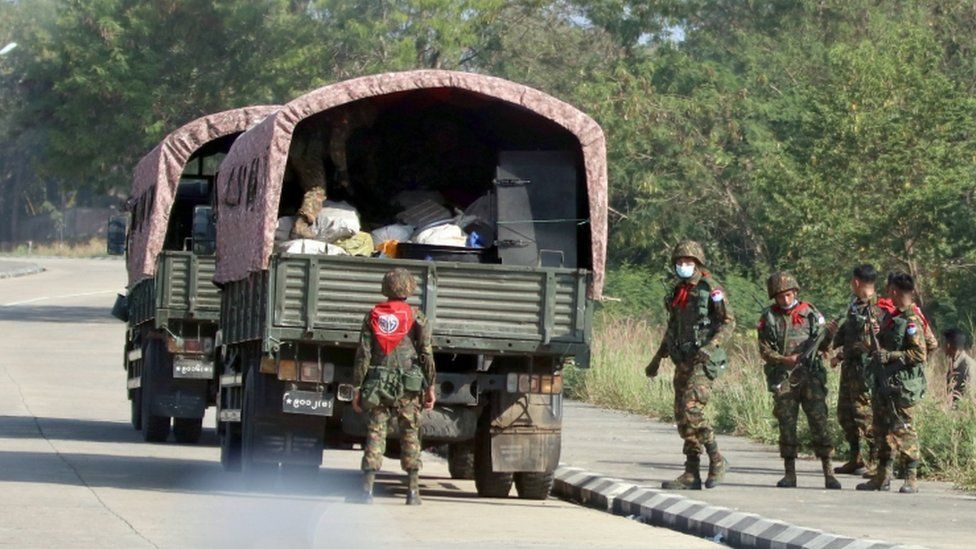 British Prime Minister Boris Johnson on Monday condemned the coup in Myanmar after the military seized power and imposed a state of emergency, saying Aung San Suu Kyi and other civilian leaders “must” be freed.

“I condemn the coup and unlawful imprisonment of civilians, including Aung San Suu Kyi, in Myanmar. The vote of the people must be respected and civilian leaders released,” Johnson said on Twitter.

British Foreign Secretary Dominic Raab also added his words of condemnation about the state of emergency the Myanmar military had imposed.

“The democratic wishes of the people of Myanmar must be respected, and the National Assembly peacefully re-convened,” he added. (Reuters)[/vc_column_text][/vc_column][/vc_row]