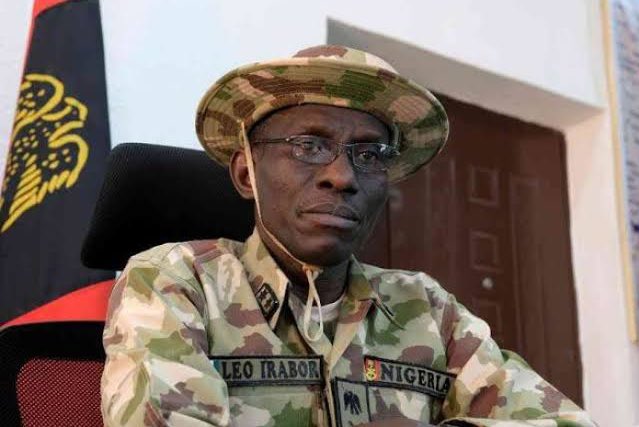 The Chief of Defence staff, Major-General Leo Irabor has debunked speculations that some freed Chibok School girls are in the custody of the Defence headquarters.

He said this in Maiduguri, the Borno State capital, alongside other commanders on Sunday when they paid their first official visit to the state.

Recall that Boko Haram insurgents had on April 14, 2014, attacked a Government Girls’ Secondary School in Chibok, Borno, taking away over 276 schoolgirls from their hostels.

Rescue efforts and negotiations between the regime of the President, Major General Muhammadu Buhari (retd.), and the insurgents led to the release of 107 in batches – one in May 2016; 21 in October 2016; and 82 in January 2017 – leaving 112 in captivity.

There were reports of late that some of the 112 Chibok girls regained freedom but Irabor said no rescued Chibok girl was with the DHQ.

He said, “What we know is that we do not have any of the Chibok girls in our custody. So, if they are not with us, what do you want us to confirm to you? It is like you asking us to go to every home to confirm who and who lives in those homes.

“What I can tell you is that yes, we desire that all of the Chibok girls would receive their liberty and if our operations have helped those ones that have been alleged to have escaped, I think we are glad. We hope to strengthen the efforts that we are putting on in order to free the rest that are behind lines.”[/vc_column_text][/vc_column][/vc_row]