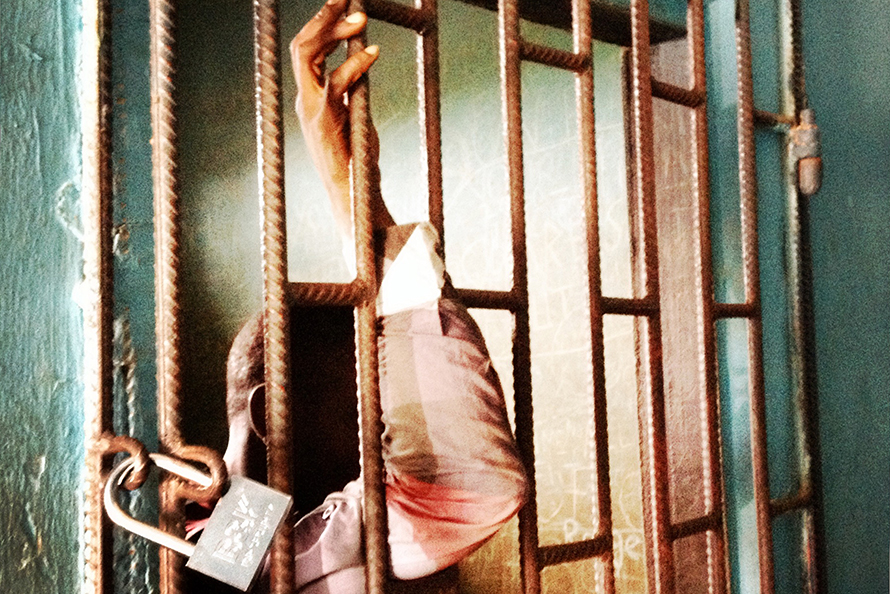 A Magistrates’ Court in Makurdi on Tuesday ordered that a teacher, Mernyi Christopher, who allegedly murdered three policemen, be remanded in a correctional centre, pending legal advice.

The police charged Christopher, who lives in Katsina- Ala town in Benue with criminal conspiracy, armed robbery, act of terrorism and culpable homicide.

Magistrate Ajuma Igama, who did not take the plea of Christopher for want in jurisdiction, ordered the police to return the case file to the office of the Director of Public Prosecutions (DPP).

Igama adjourned the case until February 25, for further mention.

Earlier, the prosecution counsel, Sergeant Ato Godwin told the court that Christopher was arrested by a team of ”Operation Zenda” led by Sergeant Tivsue Godwin following a manhunt for a notorious syndicate terrorising Katsina-Ala town.

The syndicate, he alleged, on December 24, 2020 invaded the residence of the Chairman Katsina-Ala L.G.A Benue, Alfred Avalumun and gruesomely murdered three policemen on guard and carted away their AK 47 rifles.

During police investigation, he said, the suspect confessed to committing the offence, alongside one Aondofa Chekele and some others, at large.

Prosecution said investigation into the matter was still in progress and prayed the court for an adjournment.

He said the offence contravened the provisions of sections 6(b) 1(1)(2)(a)(b) of the Robbery and Firearms Special provisions Act 2004 , Section 4 of the Abduction, hostage taking, kidnapping, secret cult and similar activities prohibition Law of Benue state 2017 and Section 222 of the Penal Code Laws of Benue state 2004.

Posted by adminpri - August 11, 2021 0
Eight herdsmen, who were arraigned before an Iyaganku Chief Magistrates’ Court sitting in Ibadan, have been remanded for kidnapping.