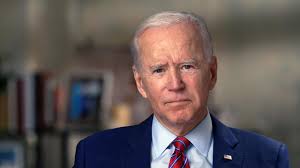 At the same time, white people, business corporations, evangelical Christians, and the military stand to see their influence diminished, according to a majority of respondents.

This is a reversal from an identical poll conducted at the beginning of Donald Trump’s presidency four years ago, when most people thought that the traditionally dominant sectors of the U.S society will see their influence expand.

The poll was conducted in the week running up to Biden’s inauguration, between January 8 and 12, among 5,360 adults.

Hispanic, younger, and poor people are expected to all have more say under the Democratic president, the poll finds.

At the opposite end of the spectrum, 50 percent think that evangelical Christians will lose influence in the coming years and 39 percent believe their sway will not be affected.

Only among the category of men does the majority think their status will not be affected, a full 55 percent, in contrast to 26 percent who believe their influence will shrink and 17 percent who maintain the opposite.

Dividing the respondents along partisan lines, both Republican and Democratic-leaning respondents maintained roughly the same view, with the latter portion displaying more homogeny in their responses.

The starkest difference is their perception of the changing fortunes of the wealthy and poor people in the U.S.

While 69 percent of Democratic respondents thought that poor people would gain influence, only 29 percent of their Republican compatriots held that view, with 42 percent of them saying the poor would lose more influence over the coming period.

At the same time, nearly half of Republicans said wealthy people would gain influence against the Democrat’s 13 percent.

A full 44 percent of them said the influence of the wealthy would decrease and 42 percent said they would not be affected.

According to both sides, Evangelical Christians – seen as an indispensable voting base for Republicans and Conservative causes – will lose influence.

While 69 percent of Republican and 40 percent of Democratic respondents believe that, 47 percent of the Democrats think that their influence will not change.

Polarisation in the U.S public and politics will likely remain a dominating feature throughout Biden’s presidency, as it had dogged the two previous occupants of the White House.

Although bereft of his mouthpiece on Twitter, Trump continues to maintain significant sway among Republican politicians and voters. (Sputnik)[/vc_column_text][/vc_column][/vc_row]