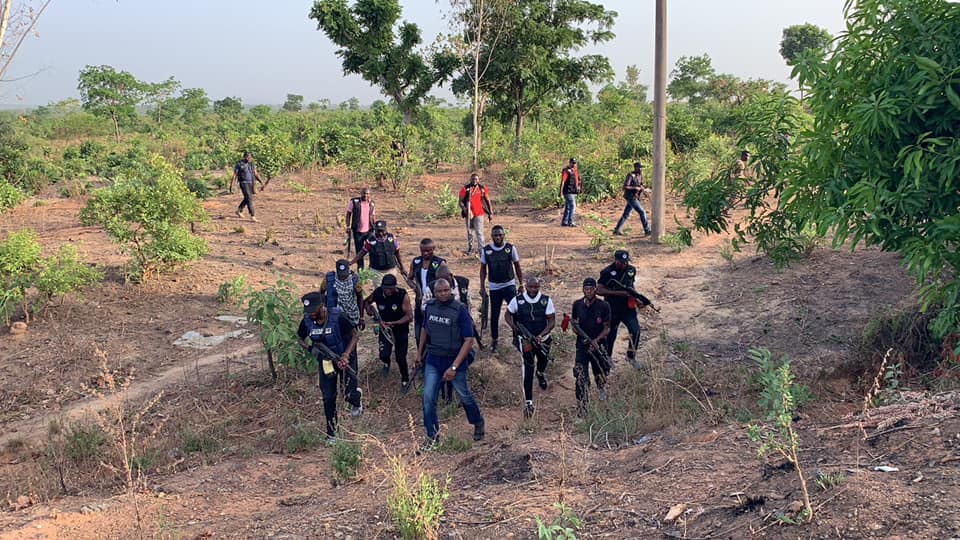 The Police Command in Edo on Wednesday said it had arrested five kidnap suspects in Ahon community bushes on the Benin/Lagos Road.

CP Philip Ogbadu, Commissioner of Police in the state, made this known when he paid a courtesy visit to Mr George Edem, Commandant, Nigerian Security and Civil Defence Corps (NSCDC) at the corps command headquarters, in Benin.

Ogbadu said the arrest followed a bush combing after the command received a distress call from the area.

“We are here to serve the people of Edo, so there is need for joint service for the good of the people. I have tried to make impact and a difference in the last 21 days after assuming office as the CP in the state. After the #EndSARS, the morale of people became low but, we need to inject life into it,” he said.

The CP also harped on the need for security chiefs to talk to their personel to avoid friction and clashes while carrying out their duties.

“We are brothers, so let us not clash. We will encourage our personel as much as possible,” Ogbadu said.

Responding, Edem said the NSCDC command in the state has the capacity to fight crimes.

He said the corps would work with the police command to ensure a more secured Edo.

Edem said the job of security agencies was a timeless job, and gave assurance that the corps would interface on a daily basis with the police command in resolving issues among personel and other security challenges.[/vc_column_text][/vc_column][/vc_row]