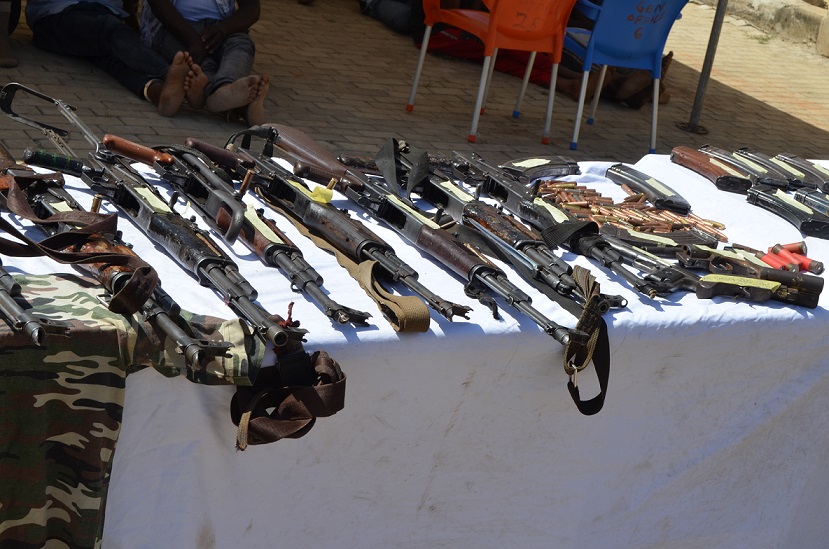 The Police Command in Oyo State have arrested no fewer than 11 suspected kidnappers terrorising the people of Ibarapa area of the state.

The alleged kidnappers were among 35 suspects paraded by the command on Wednesday in Ibadan.

The Commissioner of Police in the state, Ngozi Onadeko, told newsmen in Ibadan that the kidnappers invaded the Subawah Filling Station on January 2, located along Idere Road, Igboora, Oyo State with sophisticated weapons.

Onadeko said weapons used by the suspects in attacking the petrol station included AK 49 rifles and cutlasses among others.

“In the course of the attack, the kidnappers shot sporadically in different directions and in the process, two young girls, identified as Babatunde Omowumi and Toriola Kudirat, were hit by stray bullets and died on the spot. The bandits later abducted one Alhaja Sherifat Adisa, owner of the filling station and whisked her into the bush where they brutally murdered her.

“The three deceased were later deposited at the morgue by Police operatives from Igboora Division. Upon conclusion of preliminary investigation, the case was transferred to the monitoring unit for more investigation. No sooner was the case received, a team of crack police detectives swung into action and arrested nine suspects from their hideouts. On January 5, further investigation revealed that one of the prime suspects, Jare Muhammed, inserted his SIM card number 07086824526 on the Nokia phone belonging to the deceased, Sherifat, which was taken away from her during the armed robbery operation,” Onadeko said.

The commissioner said the suspects were arrested and a sum of N128,000 was found in their possession.[/vc_column_text][/vc_column][/vc_row]