The Commissioner of Police in Lagos State, Mr Hakeem Odumosu, has said the command will vehemently resist any form of EndSARS protest as being planned by some groups of people.

Odumosu made this known in a statement signed on Thursday by the Command’s Public Relations Officer CSP Olumuyiwa Adejobi.

He said some individuals, including Hashtag #OCCUPYLAGOSLEKKITOLLGATE, had slated a protest for Saturday, February 13 at Lekki Toll Gate plaza, Lagos State.

Odumosu said the recent judgement pronounced on the reopening of the Lekki Toll Gate plaza had been misconceptualised by the EndSARS agitators, which he said the Commissioner for Justice and Attorney-General of Lagos State had addressed.

“The panel of inquiry on EndSars violence in the state has taken drastic steps to forward report to the state government. In this report, the payment of compensations to affected individuals that were adjudged victims of police brutality and excessiveness will be met. The government has released some amount of money to take care of these compensations accordingly,” he said.

Odumosu, therefore, said no protest would be allowed in any part of the state as the security of lives and property would be paramount.

“Organising any protest in furtherance of the recent violent and destructive EndSars protest will be counterproductive to the ongoing series of inquiries and investigations into many cases related to the EndSars violence. Lagos State and the nation at large are still groaning in pains in the aftermath of the last EndSARS violence that left many lives and property lost. It is therefore not reasonable to allow same to repeat itself in the state,” he said. 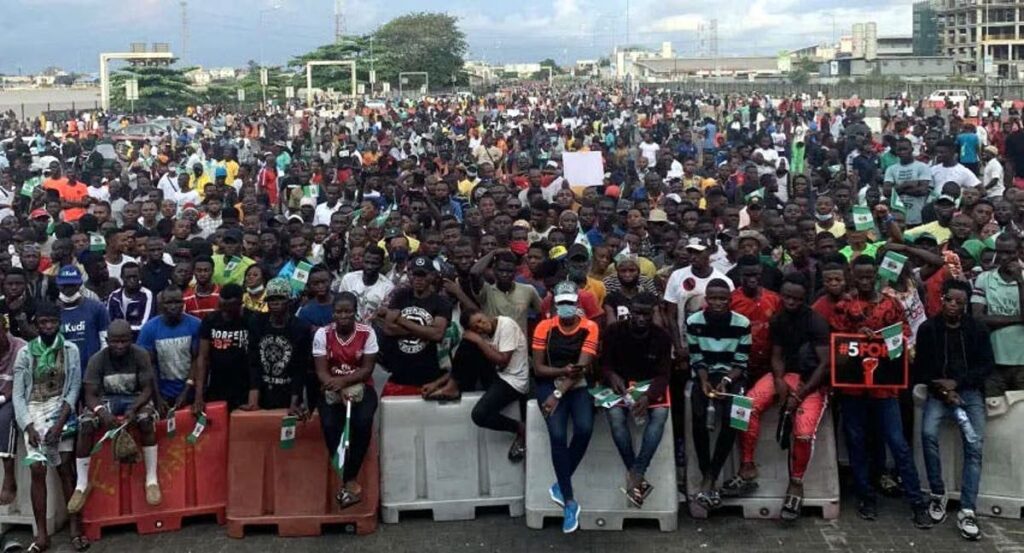 The police boss also said that the gathering of large number of people would be prohibited in relation to the prevailing COVID-19 pandemic rampaging the country.

“The Federal Government Task Force on COVID-19 recently declared that Nigeria now has 13 variants of the virus which makes it more deadly. With this development, all hands must be on deck to halt the spread of the virus by self-complying with its major protocols which is maintenance of social distance,” he said.

Odumosu said adequate arrangement had been made for the deployment of security forces to kick against and dislodge any violent protest, gathering and procession in any part of the state.

He said the decision of the command in this regard was in the interest of all and sundry in Lagos and to ensure that the statutory responsibilities of the Nigeria Police Force were not compromised.

The commissioner, therefore, appealed to parents and guardians, to warn their children and wards to ignore any mobilisation for protest or gathering which runs against the security situation of the state.

“I wish to also warn that the command will not hesitate to resist any protest with all available resources at its disposal but within the ambit of the law,” Odumosu said.