The Gofundme page set up by supporters of Yoruba activist, Sunday Adeyemo, better known as Sunday Igboho, has risen to £42, 401 (N22.4m).

A blogger, Maureen Badejo, had two weeks ago set up the Gofundme page for the purpose of raising £100,000 (N51.8m) for him to buy buses to implement his project of ridding the South-West of killer herdsmen. 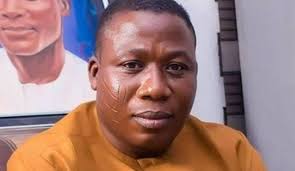 Igboho had issued a seven-day ultimatum to herders in the Ibarapa Area of Oyo State, blaming them for kidnapping, killings, destruction of farmland and insecurity in the state.

After confronting the herders in Ibarapa with some youths in the area at the expiration of the ultimatum, he moved to Ogun State and was received by thousands of youths.

The rising ethnic conflicts have led to the loss of lives in Oyo and Ondo States.

On Monday, however, Governor Seyi Makinde of Oyo State said it was time for warring parties to sheathe their swords, adding that it would be wrong to punish an entire ethnic group for the sins of a few.

Posted by adminpri - July 8, 2021 0
Museums in Germany holding 1, 130 artefacts looted from Benin, capital of Edo State in the 19th century, are cooperating…

We Have No Hands In Mbaka Disappearance –DSS