Plateau State Governor, Simon Lalong, said on Tuesday, that poverty has been adduced as a reason by some parents in the state for aiding the trafficking of their female children.

He said an attempt by the state government to check the ugly development was resisted by parents involved in the ignoble trade who viewed the intervention as an attempt to stop their means of livelihood. 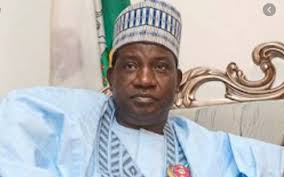 Lalong expressed worry on the new trend when the Director General of the National Agency for Trafficking in Persons (NAPTIP), Mrs. Imaam Suleiman, visited him at the Plateau State Governor’s Lodge in Abuja.

”Trafficking in girls was reported in Mikang Local Government Area, where young girls were taken out of the state in December 2020. Some government officials sent to investigate the matter were attacked by the parents of the girls, who said they allowed their children to be trafficked to alleviate their hardship and give them better lives,” the governor lamented.

He said the state was ready to partner with NAPTIP towards empowerment and sensitization of the people on the dangers of trafficking in persons, noting that Plateau was the first to sign the Child Rights Law in Northern Nigeria because of its commitment to the wellbeing of children.

Suleiman, who spoke earlier, urged state governors to improve on their financial commitment in the fight against human trafficking, just as she appealed to the Lalong to donate a land in the state to enable NAPTIP construct a shelter where capacities of youths can be developed through partnership.

“NAPTIP has just nine zonal commands and 10 state commands. We can’t fight the menace of trafficking without collaborating with other law enforcement agencies”.

Posted by adminpri - July 6, 2021 0
Kogi State Government on Tuesday said it had recorded about 75 to 80 percent success of the recent data capturing…

Posted by adminpri - August 5, 2021 0
Oriyomi said the Chief Judge of Lagos State, Justice Kazeem Alogba, gave the approval in a letter sent to the…