The Minister of State for Industry, Trade and Investment, Ambassador Mariam Katagum says no fewer than 6,569 persons in Kano State will benefit from the Federal Government’s N656 million grant.

The Minister disclosed this on Thursday in Kano during a workshop organised for women farmers and traders association on trade facilitation and African Growth and Opportunity Act (AGOA) programme in Nigeria. 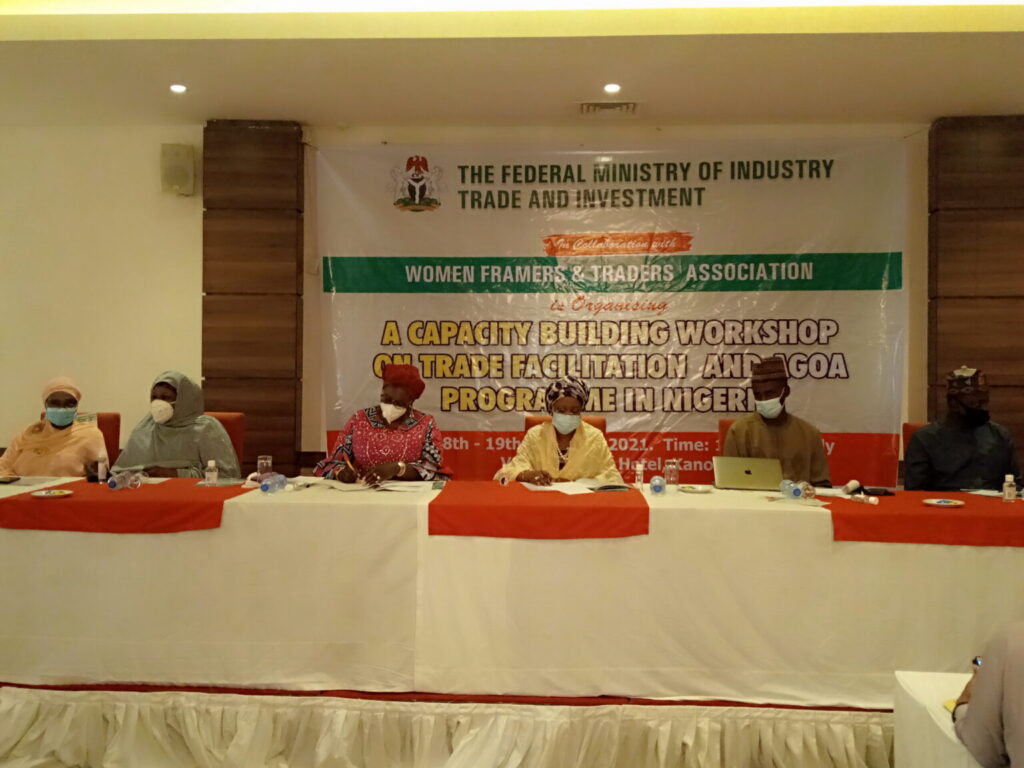 According to the minister, the grant will be disbursed through the Federal government’s Guaranteed Offtake Scheme (GOS) and General MSME initiatives.

She explained that “The efforts of President Muhammad Buhari on women, reflected in Nigeria’s National Gender Policy which focuses on women empowerment. While also making a commitment to eliminate discriminatory practices that are hampering women’s businesses from flourishing. My Ministry’s strategic aspiration is to accelerate the diversification of the Nigerian economy for economic growth, job creation and poverty alleviation with specific focus on women-owned businesses.

“We have reinforced this through the MSME Survival Fund, where 45% is dedicated to women-owned enterprises. Furthermore, regarding the MSME Survival Fund, which I have the honour to chair, it may interest you to note that, in three out of the five tracks of the scheme so far implemented, Kano State has so far recorded the following. 19,042 beneficiaries, with a total monetary value of N1,875,660,000.00 under the Payroll Support and the Artisan Schemes;

“Under the Formalization Support Scheme, 7,927 out of 8’406 Certificates have so far been generated for Kano businesses, totaling N47,544,000.00 in monetary value. This is impressive, and there is still more for Kano, as the two remaining streams unfold, i.e. the Guaranteed Offtake Scheme (GOS) and General MSME Grant totaling N656,000,000.00 and covering 6,560 beneficiaries.”

In her keynote address, Mrs Pauline Tallen, the Minister of Women Affairs commended the Federal Government for choosing to train the beneficiaries on the World Trade Organization (WTO), Trade Facilitation Agreement (TFA) and AGOA.

“The Federal Ministry of Women Affairs is the National Machinery through which the Federal Government of Nigeria addresses issues and concerns of women and children and other vulnerable persons; including women and children with disability in the country. The Ministry works with state counterparts (Ministries of Women Affairs and Social Development), other Ministries, Departments and Agencies, as well as with Development Partners, the Donor Community and Civil Society Groups to achieve its mandate.

“It is pertinent to state that women’s contributions to economic development as we speak start from the home, where families are groomed to go into the larger society. It is also important to note that most of the house chores or succinctly referred to as domestic jobs are executed by women.

“In contemporary Nigeria, the majority of women are engaged in one productive activity or the other ranging from their involvement in entrepreneurship activities, such as farming, and the entire agricultural food chain, craft, and white collar jobs and are making exploits in their different capacities.” Tallen said.

Posted by adminpri - June 29, 2021 0
The Independent National Electoral Commission (INEC) says it will not hesitate to prosecute anyone who tries to hack its website…