Justice Emeka Nwite of the Federal High Court sitting in Warri on Thursday February 18, convicted one Ashiru Afeez on one count charge bordering on operating a vessel in Nigeria territorial waters without due registration and licence from appropriate authority.

Afeez, Captain of vessel, MT De Praise was arraigned by the Benin zonal office of the Economic and Financial Crimes Commission, EFCC, and pleaded guilty to the charge prompting the prosecution counsel, Austin Ozigbo to ask the court to convict and sentence him accordingly. 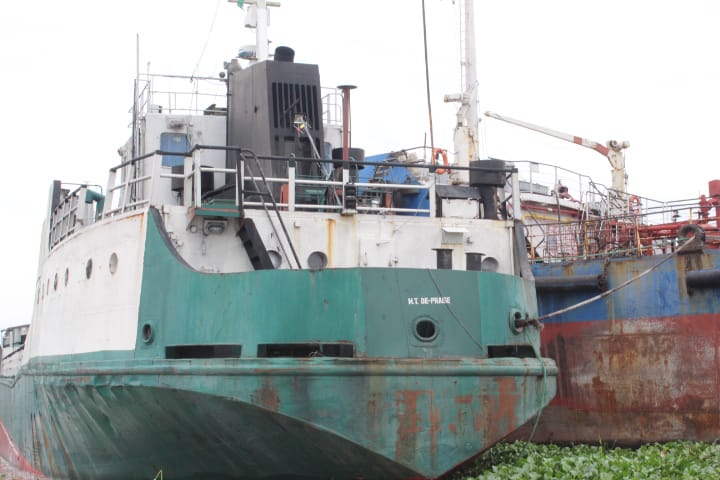 However, the defence counsel, Joshua Solomon, pleaded with the court to temper justice with mercy as the defendant was a first time offender.

Justice Nwite convicted and sentenced the defendant to a fine of N600,000, according to a statement by Wilson Uwujaren, Head, Media and Publicity of the EFCC.

The charge against him reads: “that you Ashiru Afeez (m) and others now at large on about 9th February, 2020 at Offshore Escravos within the jurisdiction of this Honourable Court was the captain on board a vessel, MT De Praise, did operate the vessel without due registration and licence from appropriate authority in Nigeria Territorial Waters and thereby committed an offence contrary to Section 22 of the Coastal and Inland Shipping (Cabotage ) Act 5, 2003 Laws of the Federation of Nigeria and Punishable under Section 40 of the same Act”.

The Commission also arraigned Sea Dove Nigeria Limited, operators of MT De Praise Vessel for operating in Nigeria Territorial waters without due registration and licence from appropriate authorities. Justice Nwite found the company guilty of the charge and was fine one million naira. However, the judge ordered that the vessel be released to the owners.

MT De Praise and its crew members were arrested around Escravos offshore by a Nigerian Navy Ship on February 9, 2020 and subsequently handed over to the EFCC for further investigation.

‘No More Killers and Kidnappers in Ibarapaland’ -Amotekun

Nigerian Politician Nabbed In US, Faces 30 Years In Prison Over $350,000 Wire Fraud

Industrial Court Restrains TUC, NLC, Others From Embarking on Strike