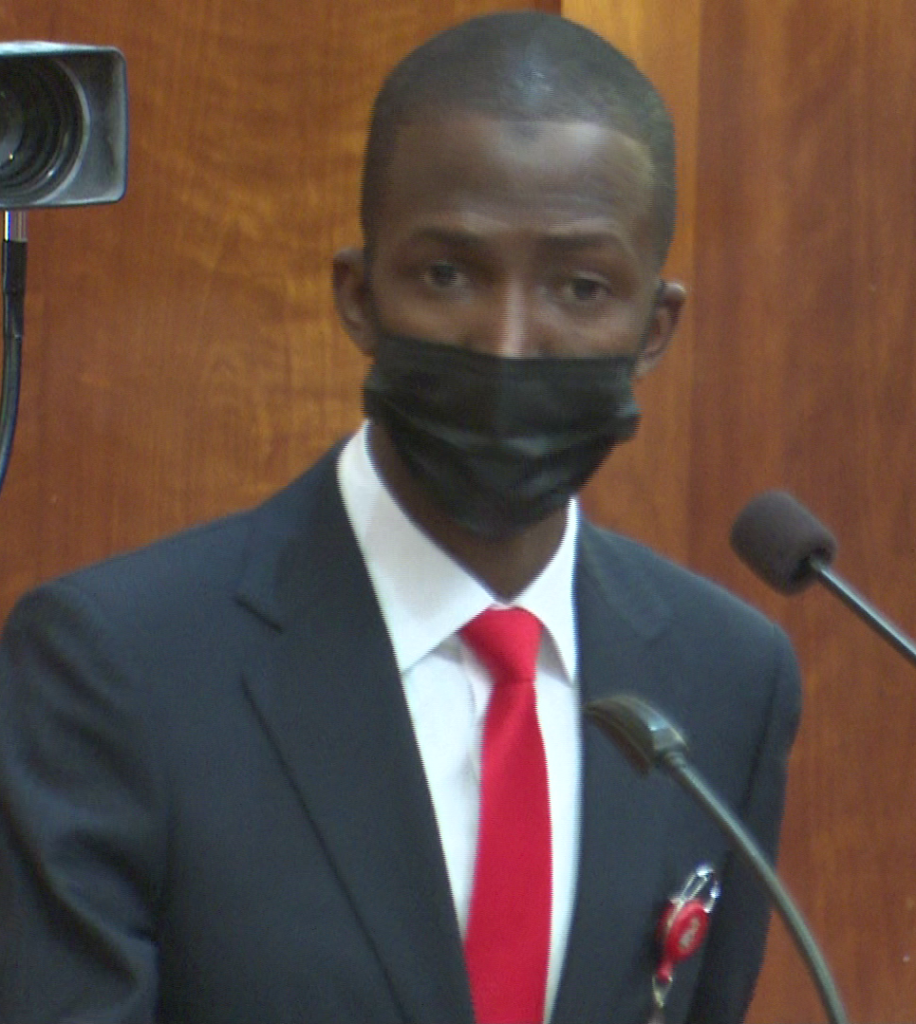 Forty-year old Abdulrasheed Bawa got the nod of the Nigerian Senate to mount the saddle as the forth chief executive officer of the Economic and Financial Crimes Commission, EFCC, with a promise and assurance of a difference in the anti-graft war.

The confirmation was the climax of a screening session that lasted for over two hours in which the new EFCC boss, took several questions as well as valuable pieces of advice from the distinguished senators.

Wilson Uwujaren, Head, Media and Publicity of the anti-graft commission said members of the red chamber were comfortable with the new EFCC Chair whose introductory remarks, wherein he elaborated on his curriculum vitae, greatly impressed the lawmakers.

“I have not seen anyone as eloquent; he is a very brilliant young man. Within a couple of minutes he was able to showcase himself. That is why I like to begin by thanking President Muhammadu Buhari, this nomination is unique and is an aspirational nomination; it is a nomination that has generated hope for the millions of our youths in this country. 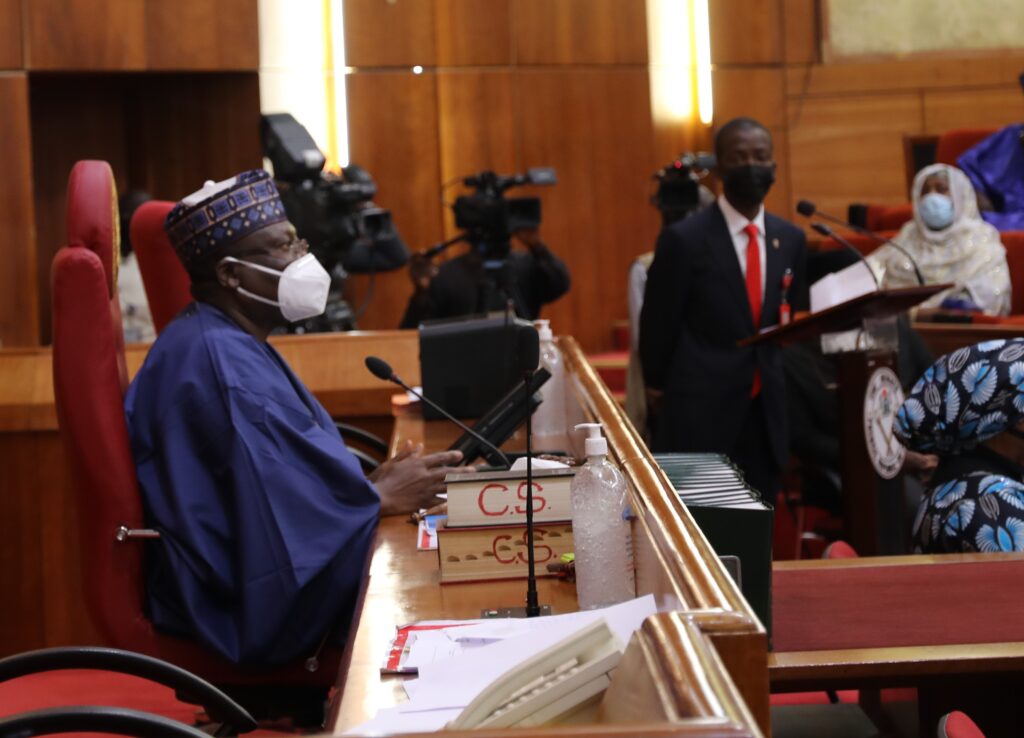 With this nomination, the youth of this country can now sit in offices and make those very crucial and fundamental decisions on how Nigeria should be governed and there cannot be a better platform than the office of the chairman of the EFCC, I want to thank the president for finding him worthy”, Deputy Senate President, Senator Ivie Omo-Agege, said after Bawa’s opening remarks.

He called on his colleagues to simply ask Bawa to take a bow and go. But this suggestion was shot down by the Senate President, Senator Ahmad Lawan who said it was important for Senators to grill the nominee, as such would afford him the opportunity to speak to issues and address all stakeholders and partners of the EFCC.

Bawa took the opportunity to state his vision for the EFCC as he responded to questions by the lawmakers.

First, he promised to lead the EFCC by example and cut down discretion in the conduct of its affairs through institutionalizing a Standard Operating Procedure.

“We are looking forward to an EFCC whereby I as the Executive Chairman if I give an instruction to a junior officer, he will look at my face and say, Sir I understand your instruction but I will not be able to do it because of so and so Section governing the rules and regulations of the EFCC”, he said.

He also stated that he was interested in establishing synergy with other law enforcement organizations, both nationally and internationally, and aggressively pursue the repatriation of seized assets.

“I have talked on the issue of synergy between the EFCC and sister security agencies in the country as well as the work I envisage to do together with our foreign strategic partners. We are going to work on that, we are going to strengthen it. The EFCC is not a lone ranger, we are going to reach out. The job of fighting economic and financial crimes is for everybody to be on board, and we will ensure that because we don’t have monopoly of knowledge.”

The new EFCC Chairman equally expressed his desire to upgrade the skills of staff of the Commission through training, while also seeking the support of the lawmakers by way of appropriation.

In his words, “regarding the issue of repositioning, I have talked about processes and procedures and the law, but the backbone of every organization is its human resource. I hope and pray that we will still come back to this chamber for proper appropriation to enable us build the capacity of our staff at the EFCC and to meet up with the current challenges and new typologies of crime as well as trends in money laundering so that, at the end of the day, our vision of ridding this country of economic and financial crimes is actualized”. 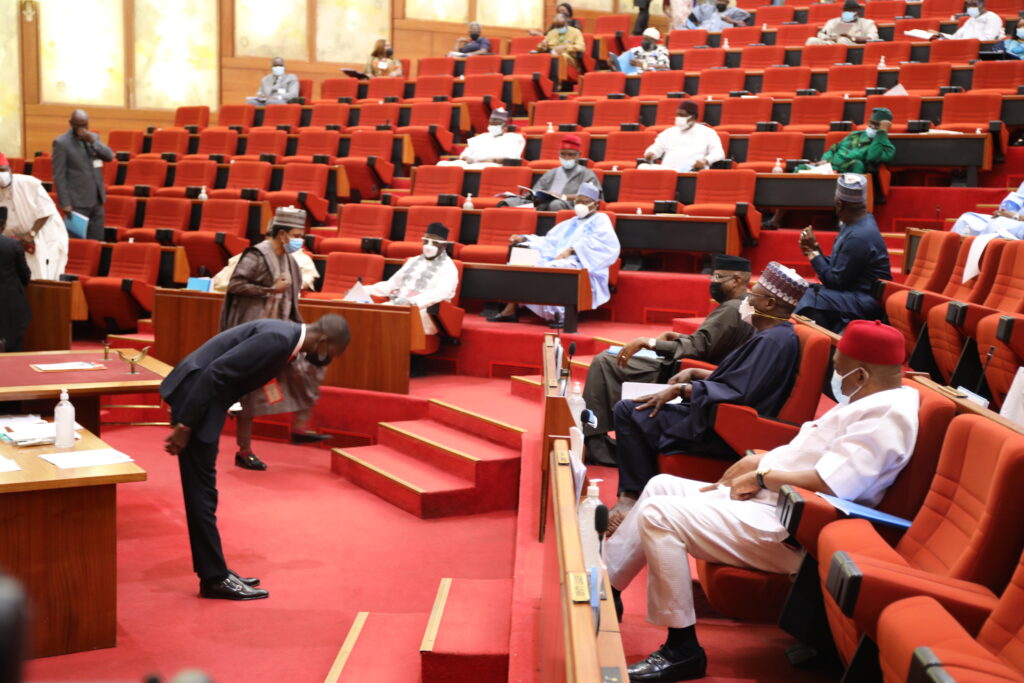 On the vexed issue of management of recovered assets, the new EFCC Chairman said that going forward, the Commission will be more transparent and accountable, and ensure that finally forfeited assets are disposed of immediately instead of leaving them dormant.

He equally pledge to work with the Inter-Ministerial Committee on Disposal of Federal Government Forfeited Assets, to ensure the success of their assignment, while also pursuing a programme of digitalization to guarantee the fidelity of assets record.

In his words, “We have, of course, the lingering problem or issues bothering on management of assets, etc. We will embark on the digitalization of the processes in the EFCC. In essence, what I am saying is that we are going to embrace technology to enable us keep our records properly so that anytime Nigerians are asking questions, it will just be a matter of pressing a button”.

In answer to a question, Bawa dispelled the allegation of illegally selling forfeited properties during his time as Head of the Port Harcourt Office of the Commission.

“I never sold a single truck at the Port Harcourt office, the head office handled that at the time.

“Anybody that is familiar with the processes of the EFCC knows that the chairman doesn’t have the power to sell an asset but the secretary of the agency. The former secretary and two directors came from the head office to conduct the sale”, he said

The EFCC boss assured that he would live to the expectation of the appointing authorities and teeming Nigerian youths who now look up to him as a model and ambassador.

“I am not unaware of the fact that my nomination has caused a lot of hope for millions of youths around the country, I want to state here that I am going to give them a good representation in the governance of this country so that at the end of the day, more youths will be given huge responsibilities in this country. 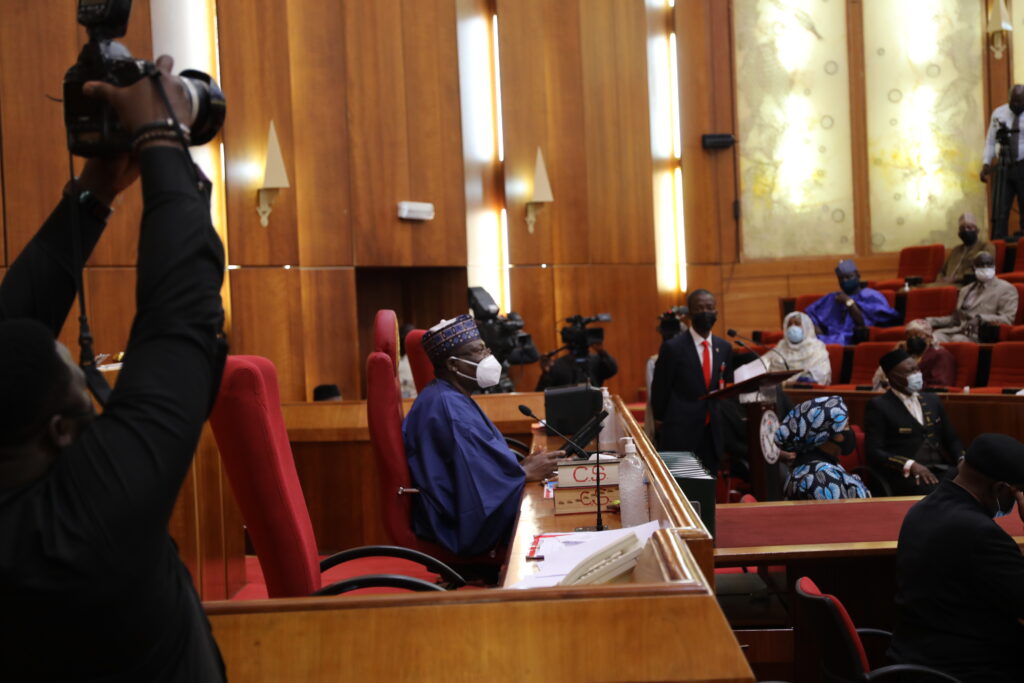 “Let me thank the President of the Federal Republic of Nigeria for finding me competent and deserving as the chairman of the EFCC and to also assure him and indeed Nigerians that the confidence he has in me will be proven beyond doubt at the end of my term in office,” he stated.

Bawa who is a certified fraud examiner and member of the prestigious America -based Association of Certified Fraud Examiners, and a Certified Anti-Money Laundering Specialist, has also been trained by the US Federal Bureau of Investigation, FBI and the UK National Crime Agency.

As the fourth executive chairman of the EFCC, he is the first core staff of the Commission to occupy the office.

Sowore Not Shot In Abuja –Police

Posted by adminpri - May 31, 2021 0
The Police Command in the Federal Capital Territory (FCT) says Mr Omoyele Sowore, the publisher of Sahara Reporters was not shot…