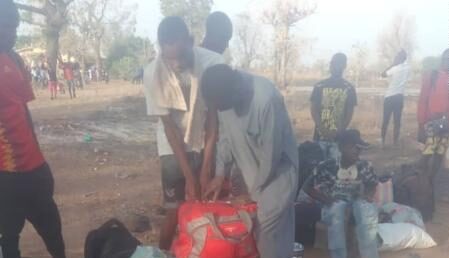 The Kano State Government has ordered the immediate closure of 12 out of the over 50 boarding schools in the state to ensure the safety of the students.

Malam Muhammad Kiru, the state Commissioner for Education, confirmed this on Friday in Kano.

According to him, the decision to close the schools followed the recent kidnapping of some boarding school students in Niger and Zamfara States.

He said: “It was necessary for the Kano State Government to take proactive measures to prevent the occurrence of such incidents in our schools. As you know, the state government always takes proactive measures on issues related to security, especially that it affects students. Therefore, we are appealing to parents and guardians to immediately vacate their children from the schools, as the government will later announce the resumption day.

According to the commissioner, most of these schools are located along borders with neighbouring states, while some are along highways where they can be easily attacked.

Posted by adminpri - July 22, 2021 0
Federal Government has inaugurated the governing board of the (NEITI) to enhance the smooth running of its administration.