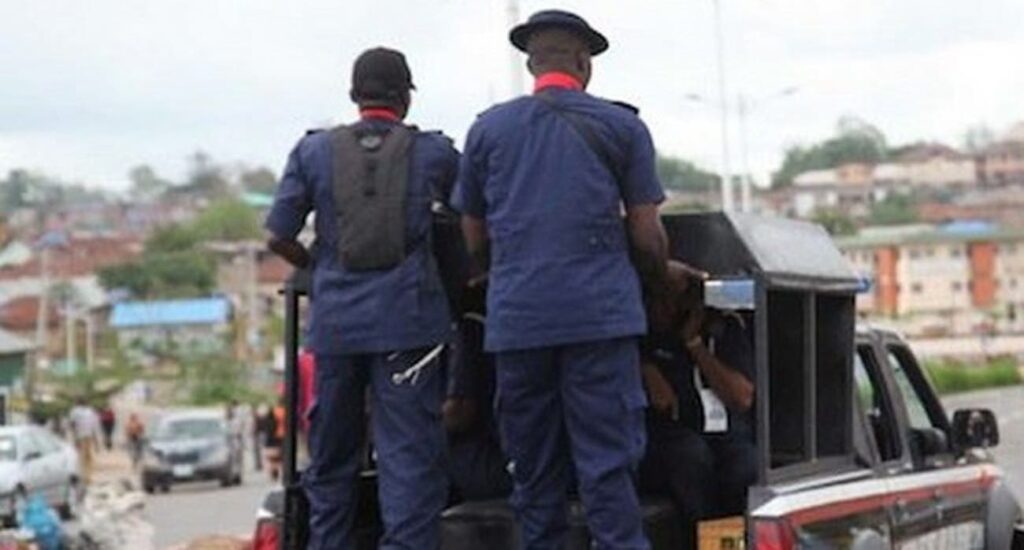 The Jigawa Command of the Nigeria Security and Civil Defence Corps (NSCDC) says it has deployed 200 personnel for March 6 Kafinhausa State Constituency by-election.

The NSCDC Spokesman in the state, Mr Adamu Shehu, made this known in Dutse, on Friday.

Shehu said the gesture was to provide adequate security to electoral officials, electorates and election materials

He explained that the personnel were deployed in all the six wards and 118 polling units in order to ensure a successful conduct of the exercise.

According to him, the personnel would collaborate with other security agents to ensure uninterrupted movement and distribution of all election materials.

“The command deployed 200 personnel in order to ensure smooth and successful conduct of the Kafinhausa State Constituency bye-election.

“The deployed personnel will join other security agents to ensure uninterrupted distribution of election materials, movement of INEC staff.

“They are to also ensure the safety of voters on election day at all the six wards, 118 polling units and two voting units in the constituency,” Shehu said.

He noted that the command had earlier held meeting with relevant stakeholders, including party leaders, INEC officials, as well as community leaders to ensure peaceful conduct of the exercise.

The spokesman warned that any act capable of breaching public peace during and after the exercise would not be condoned.

Saturday’s by-election is as a result of the death of Adamu Baban-Bare, member representing Kafinhausa State Constituency.

Posted by adminpri - July 22, 2021 0
FRSC, Niger Sector Command, said on Thursday that seven persons died in an accident that occurred on Lambata-Minna road on…