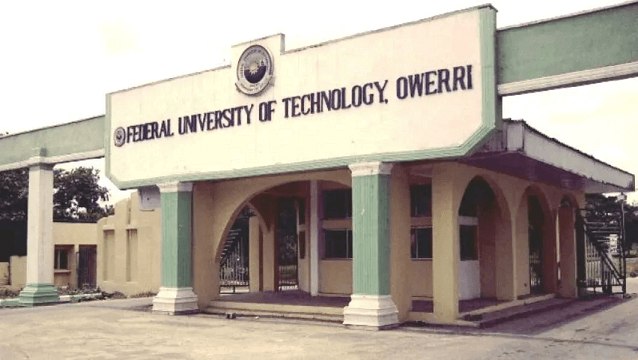 Two students of the Federal University of Technology, Owerri, have died after inhaling carbon monoxide from a generator in their hostel.

The students, Udeagbala Kenechukwu,21, and Stephen Anele, 21, were found dead after police operatives forced open the door of their room at Jabulani hostel at Eziobodo.

A source at the hostel told The Punch on Saturday that the police were invited after the students refused to open their room up to 6pm the next day.

The source said it was strange to them when on Thursday evening the three students who slept in the room, did not open their room till the evening of Thursday.

“We invited the police and the room was forced open and to our surprise, the three roommates were almost dead. They were rushed to the hospital for emergency attention. Unfortunately, two died while one made it” the student, who pleaded anonymity said.

The Police Spokesperson in the state, Orlando Ikeokwu, confirmed the death of the undergraduates when contacted on Saturday.

He said the deaths of the undergraduates were sudden and unnatural, adding that preliminary investigation by the command suggested that the undergraduates died as a result of a generator fume which was by the window of their room.

Ikeokwu said, “Around 4 pm on March 4, upon a report received at the Divisional Police Headquarters at Nekede/Ihiagwa, operatives of the division moved to Jabulani hostel, Eziobodo, and met the three occupants of one of the rooms, identified as FRED Nkama Fred, 22, Udeagbala Kenchukwu,21, and Stephen Anele,21, all lying helplessly in the room.

“The operatives broke into the room and immediately evacuated them to the Federal Medical Center, Owerri, where two of the victims were confirmed dead by the doctors on duty but Nkama Fred was successfully revived, and presently receiving treatment.

“Preliminary investigation revealed that the victims who had been identified as Students of the Federal University of Technology, Owerri, might have suffocated as a result of the fume (carbon monoxide) which emanated from their power generating set, which they inhaled while sleeping, as the Power generator was seen directly by the window in an enclosed space, and the fume discharging pipe pointing directly towards the window”.

He however said the state Commissioner of Police, Nasiru Muhammed, had ordered an investigation into the matter while efforts were ongoing to trace their relatives.