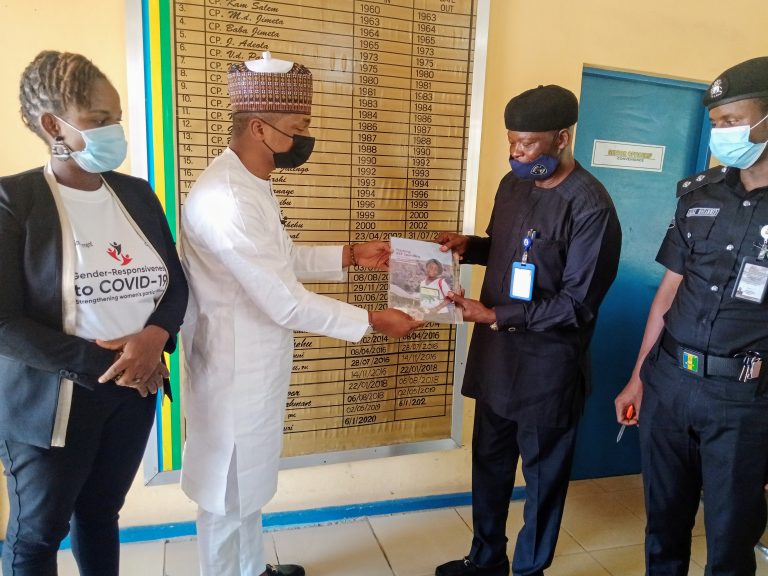 A Non-Governmental Organisation, Connected Development (CODE), on Wednesday sought the support of the Nigeria Police to curb the proliferation of illegal arms in Kaduna State.

Malam Hamzat Lawal, Chief Executive Officer of the NGO, made the call when he led a delegation from the organisation on a courtesy visit on Mr Umar Muri, Commissioner of Police in the state.

”Proliferations of illegal arms is the biggest security concerns in the country. We are here to partner with you to see how we can curb the menace of proliferation of arms in Kaduna state and Nigeria at large”.

”In most parts of our engagements, when we ask citizens at the grassroots what they recognise as government, the first thing they say is the police. This is because every community in Nigeria has at least a police post and most times the first contact the citizens have with what looks like government is the police officer.

“Government does not have the resources to be everywhere, but the Nigerian police has tried as much as possible to ensure that their presence is everywhere to secure lives and properties of the citizens”.

Agu said the project, being supported by MacArthur Foundation was designed to deepen citizen’s interest in government spending and curb corrupt practices in the implementation of constituency projects.

He appealed for the partnership of the Nigerian police in providing adequate security in communities to enable citizens effectively monitor implementation of constituency projects in their communities.

Responding, the commissioner of police, represented by the Deputy Commissioner of Police, Criminal Investigation, and Intelligence Department, Dominic Effiong, thanked CODE for the partnership.

Muri said the police was in the state to provide adequate security in securing the lives and properties of the people, adding that the police needed the cooperation of the communities to succeed.

”Our door is open and we welcome all contributions towards building lasting peace in the state and the country”.