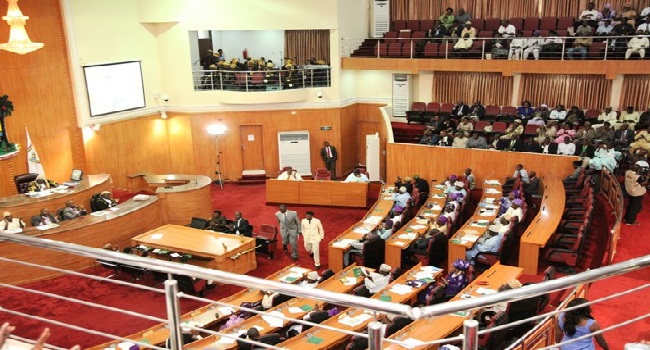 The Niger State House of Assembly has directed five commissioners to appear before the lawmakers on March 16 to explain the alleged extra-budgetary expenditures by their ministries in the 2020 budget.

This was the resolutions of the house after a motion on matter of urgent public importance was presented at the plenary by Mr Malik Madaki, member representing Bosso Constituency, who raised the issue.

The motion for invitation of the commissioners was seconded by Malam Abba Bala, member representing Borgu in Minna on Thursday.

Those directed to appear before the legislators are the commissioners of finance, planning, justice, works and sports.

Speaker of the House, Mr Abdullahi Bawa, while reading the resolutions of the house, directed the five commissioners to appear before the house and explain the alleged unconstitutional act and why administrative action should not be taken against them.

Earlier, Madaki had raised concern that the state government carried out expenditure outside what was approved in the appropriation law of 2020.

He said that the ministry of works expended over N2 billion while that of sports spent N360 million and justice spent N450 million which was above the approved 2020 budget of the ministries.

The lawmaker said that the additional expenditures of the ministries were not authorished by the house through supplementary appropriation as required under section 120; subsection two of the 199 Constitution as amended.

He described such acts as unconstitutional and unlawful, adding that the monies spent were out of public funds of the state.

Masako said that the lawmakers could not fold their hands and allow public funds to be spent without following due process as the monies were not approved in the 2020 budget or in a supplementary budget.

We Have Footage of The Oct 20 Lekki Shooting Incident-LCC

We Have Complied With FG Directive on Border re-Opening –NIS