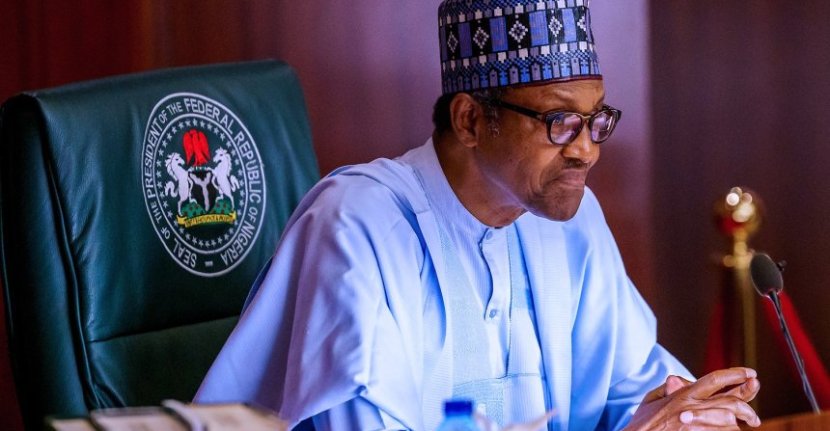 President Muhammadu Buhari says security chiefs have received marching orders to go harder on criminals, including shooting anyone found to be in illegal possession of AK-47.

Mr Femi Adesina, the President’s spokesman, in a statement on Thursday in Abuja, said the president stated this during a meeting with the National Council of Traditional Rulers of Nigeria.

The Council is co-chaired by the Sultan of Sokoto, Alhaji Muhammad Sa’ad Abubakar III, and the Ooni of Ife, Oba Adeyeye Enitan Ogunwusi.

The president, who briefed the traditional rulers on efforts by the government to improve the security situation in the country, said his administration had recorded appreciable successes in the North-East and South-South parts of the country.

‘‘But what surprises me is what is happening now in the North West where the same people, with the same culture, are killing each other, taking their livestock and burning properties.

“As a result of that, we had a four-hour meeting of the National Security Council attended by the Ministers of Internal Affairs, Defence, Foreign Affairs, Service Chiefs, Chief of Defence Staff, the Inspector-General of Police and others and we gave clear instructions.

“One thing that got to the press, which I read myself, was that anyone with an AK-47 will be shot. This is because AK-47 is supposed to be registered and it is only given to security officials.

“We closed the borders for some years, but the intelligence report I’m getting on a daily basis is that those who are conducting the abductions, the killings and so on are still not short of arms and ammunition”.

The President expressed dismay over attacks on police stations and killings of security personnel by criminals, warning that “no investor will invest in a country that is unsafe”.

Buhari also stressed the need for traditional rulers to use their roles and positions as bridge builders in each of their communities to complement government efforts at ensuring peace and security.

He appealed to the traditional leaders to deploy their reach and influence in the best interest of assisting the government to “root out those whose sole objective remains to cause trouble and destroy livelihoods and families across the nation”.

Posted by adminpri - June 18, 2021 0
The Akwa Ibom Government has spent N10 billion on erosion control projects in the state in the last nine months,…